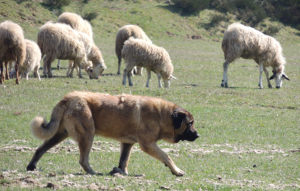 “Spain. Everything under the sun.”

For decades, this publicity slogan has attracted millions of tourists from central and northern Europe to Spain, the Mediterranean coast of which has been converted into a kind of European tropical-vacation mecca. Yet the landscapes of northwest Spain are a far cry from this cliché.

This is a land dominated by mountains, forests and cloaking mists, where humans have always been present, albeit at low densities, leaving a footprint of hamlets and small pastures peppering the forests.

This is the typical image of the livestock-rearing landscapes of Asturias, León and the rest of the Cantabrian Mountains, where, accompanied by cows and sheep, the Spanish mastiff cuts an obligatory figure—the guard dog that has protected livestock from wolves for centuries.

Many people are surprised to learn that there are wolves in Spain, but wolves never became extinct here. Currently, around 300 packs are found across an area covering some 120,000 km2 (more than 46,300 square miles), to which the approximately 60 packs living in Portugal should be added to complete the Iberian wolf population, the largest in western Europe. As in other European countries, the Spanish wolves live in surroundings with abundant livestock, leading to significant levels of depredation. Incomplete statistics reveal that Spanish wolves kill some 10,000 head of livestock annually—valued at around 3 million Euros, which in the majority of cases is covered by compensation payments from regional governments. When American wolf biologists hear these data, they are shocked. Indeed, damage caused by wolves in Spain is greater than anywhere in North America, although it is less than in other western European countries such as Portugal, France and Italy.

Until a few months ago, most Spanish wolves could be hunted in limited quotas or culled in areas with high numbers of attacks. In September 2021, however, the Spanish central government protected all of Spain’s wolves, preventing their hunting for sport and restricting control options to cases of exceptional damage only. With a wolf population living in areas with high livestock densities and a society that rejects the use of lethal control methods, damage prevention is one of the best means of promoting coexistence between wolves and humans—and among prevention options is the use of mastiffs. 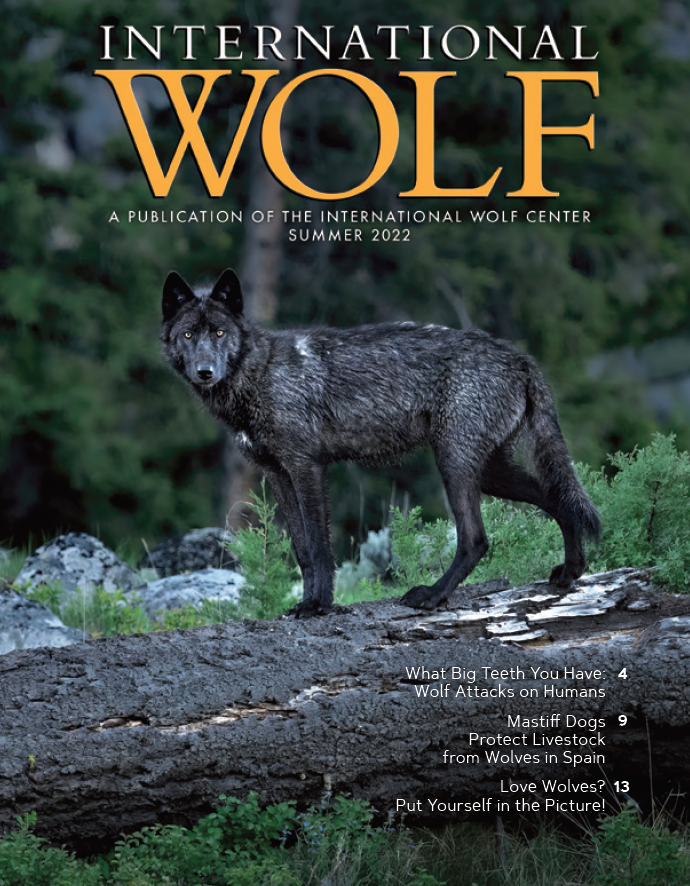 The fate of the Spanish mastiff has been closely tied to that of the wolf. Throughout virtually all of the 20th century, wolves declined as a result of human persecution and ended up almost confined to the mountains of the northwest. The same thing happened to the mastiffs; having lost their function, they disappeared from most of the Spanish countryside. However, over the past 50 years, the wolf population has gradually expanded toward the south, and currently five breeding packs inhabit the province of Madrid, very close to the capital with its almost 5 million inhabitants. And with the return of the wolf, the mastiffs have returned, too.

Over the last 20 years, our team of researchers has undertaken a series of projects across the region where wolf populations have expanded. One objective has been helping livestock farmers recover the use of Spanish mastiffs in central provinces such as Guadalajara, Madrid and Ávila, where the tradition of using them with livestock had been lost.

The first conclusion drawn from this work is that mastiffs are much more effective at protecting sheep flocks—even in the absence of the shepherd—than protecting cattle. One of the reasons is that the guard dogs bond more easily with sheep than with cattle, but in addition, the sheep tend to graze in a more compact manner than cattle, allowing the dogs to tend them more efficiently.

For years we worked in a livestock-rearing area of the Guadalajara province recently colonised by wolves. In 2010, we radio-collared a breeding female wolf belonging to a pack that regularly visited the unfenced pastures where a flock of 2,000 sheep, guarded by 10 to 15 mastiffs, grazed day and night in both summer and winter. The shepherd did not sleep in the field with the sheep, but each day relocated the flock and fed the mastiffs near the flocks they were guarding, which is crucial for the dogs to carry out their work.

Each evening, the shepherd made sure that each subgroup of sheep into which the whole flock usually split was protected by at least one mastiff. Over a year of monitoring, there were hardly any attacks, even though the sheep were protected only by the mastiffs.

During the second year of monitoring, the radio-collared female wolf relocated with the pack to a neighbouring area where the flocks were not protected by guard dogs; after that, attacks on sheep were recorded almost nightly. Five years later, the 14 sheep and goat herders in the area had spontaneously begun to use mastiffs, and 13 of them felt satisfied or very satisfied with the guard dogs’ performance.

Similarly, a few years after the establishment of wolves in the Madrid area, almost all the sheep and goat herders have bought mastiffs and begun to use them. When a tool is effective, its use expands like wildfire without the need for promotional campaigns.

Protecting Cattle is a Difficult Task

The efficiency of mastiffs in protecting free-ranging beef cattle depends on the circumstances. In some areas of the Cantabrian Mountains, the mastiffs are effective, given that the herders are accustomed to training and selecting them for that purpose. In one study we conducted there, the percentage of herders suffering attacks was far higher among those not using mastiffs (63%) compared to those who did (21%).

In other areas, the results are different, as seen in the province of Ávila, close to Madrid. Wolves established packs in the region in 2001, and currently 8–10 packs cause the loss of more than 1,600 calves a year, making it the most conflictive region in Spain. Here we have studied the use of mastiffs and attempted to promote their use among the herders, but with little success. First, the mastiffs have never been inherent to their culture, so the herders do not know how to manage them. Additionally, mastiffs do not easily bond with cattle, so keeping them with beef cattle requires more work and greater knowledge of the dogs by the herder; it also produces results that are less definite than our sheep-study numbers.

In some situations, using mastiffs is more effective when combined with other methods. For example, in one cattle ranch in Ávila with high calf losses, the mastiffs on their own were unable to significantly reduce damage levels because the cows calved throughout the year across the length and breadth of the ranch and were too dispersed to be protected by the mastiffs. However, the ranch’s owners concentrated the calving into two-to-three months in the spring, and just when cows were at the point of giving birth, they were herded into an 11-hectare enclosure protected by a fladry (a  long line of dangling cloth or plastic strips forming a psychological barrier), where the calves spent their most vulnerable phase, the first three weeks of life. Throughout this period, the mastiffs were fed adjacent to the fladry to reinforce its protection. During the three years the experiment ran, not one calf inside the fladry enclosure suffered an attack—even though there were occasional attacks on calves born outside of it and on some calves that were released from the fladry after reaching three weeks of age. Losses have dropped from almost 20% of the calves per year to just 5–6% annually. In this case, the mastiffs have been effective in reinforcing the protection offered by the fladry.

In Spain, wolves and livestock farmers are very popular among the city people, who frequently mythologize both of them. The increasing depopulation of rural areas is considered a tragedy, given that it carries with it the loss of cultures, traditions and rural landscapes that society wants to maintain at whatever cost. In consequence, the political objectives and sensitivity of the public demand the conservation of the wolves just as much as of the herders. In many parts of Spain, coexistence between both is possible without major problems, but in others, this cohabitation is possible only at the cost of numerous conflicts and efforts to reconcile conflicting objectives.

In this scenario with a complex mixture of ecology, sociology, economy, beliefs and politics, Spanish mastiffs continue to be one of the essential tools for reducing damage caused by wolves, and they support the difficult cohabitation between wolves and livestock farming. They also constitute one of the key symbols of the Spanish livestock-grazing landscapes.

Juan Carlos Blanco, a Spanish biologist with a doctorate in animal ecology, has worked for more than 30 years on wolf conservation and wolves’ coexistence with people in anthropized habitats. He is a member of both the Canid Specialist Group and the Large Carnivore Initiative for Europe.

Yolanda Cortés currently works in Biodiversity Foundation of the Spanish Ministry for the Ecological Transition. She is a Ph.D biologist with 25 years of professional experience related mainly to the ecology and conservation of the wolf and improving its coexistence with livestock farming.