Editor’s note: This article was originally published on Oct. 17, 2022, by The Wildlife Society. It is reprinted here with permission.

After a year of translocation efforts in Isle Royale National Park, the island’s wolf population is flourishing again, with numbers around their historical levels.

Between October 2018 and September 2019, the National Park Service brought in a total of 19 wolves to the park in northwestern Michigan, where the wolves (Canis lupus) were considered important to keep the island’s moose (Alces alces) population in check. 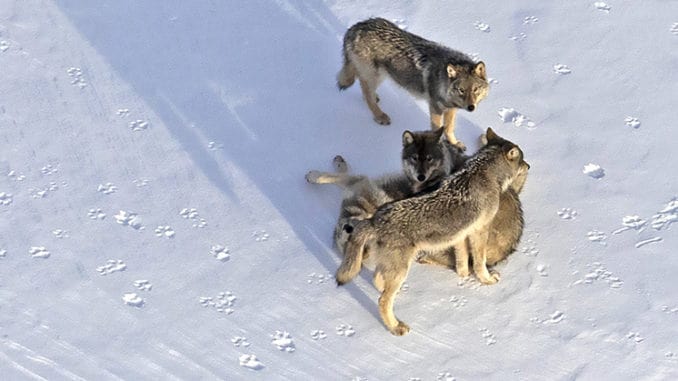 Isle Royale has occasionally connected to the mainland during the winter, when an ice bridge allowed wolves to cross over from the north. But warmer temperatures haven’t allowed that bridge to form in the last few decades, and the wolf population plunged.

“Five years ago, there were only two wolves left on the island, and they were so inbred, they weren’t able to successfully reproduce,” said Sarah Hoy, the co-leader of the wolf-moose project and a research assistant professor at Michigan Technological University.

But the population is looking up. In a recent annual report, scientists reported an estimated 28 wolves.

“This last year has been really amazing,” Hoy said. “The population really increased in number, and we’re seeing signs of wolves doing everything we hoped they would.” 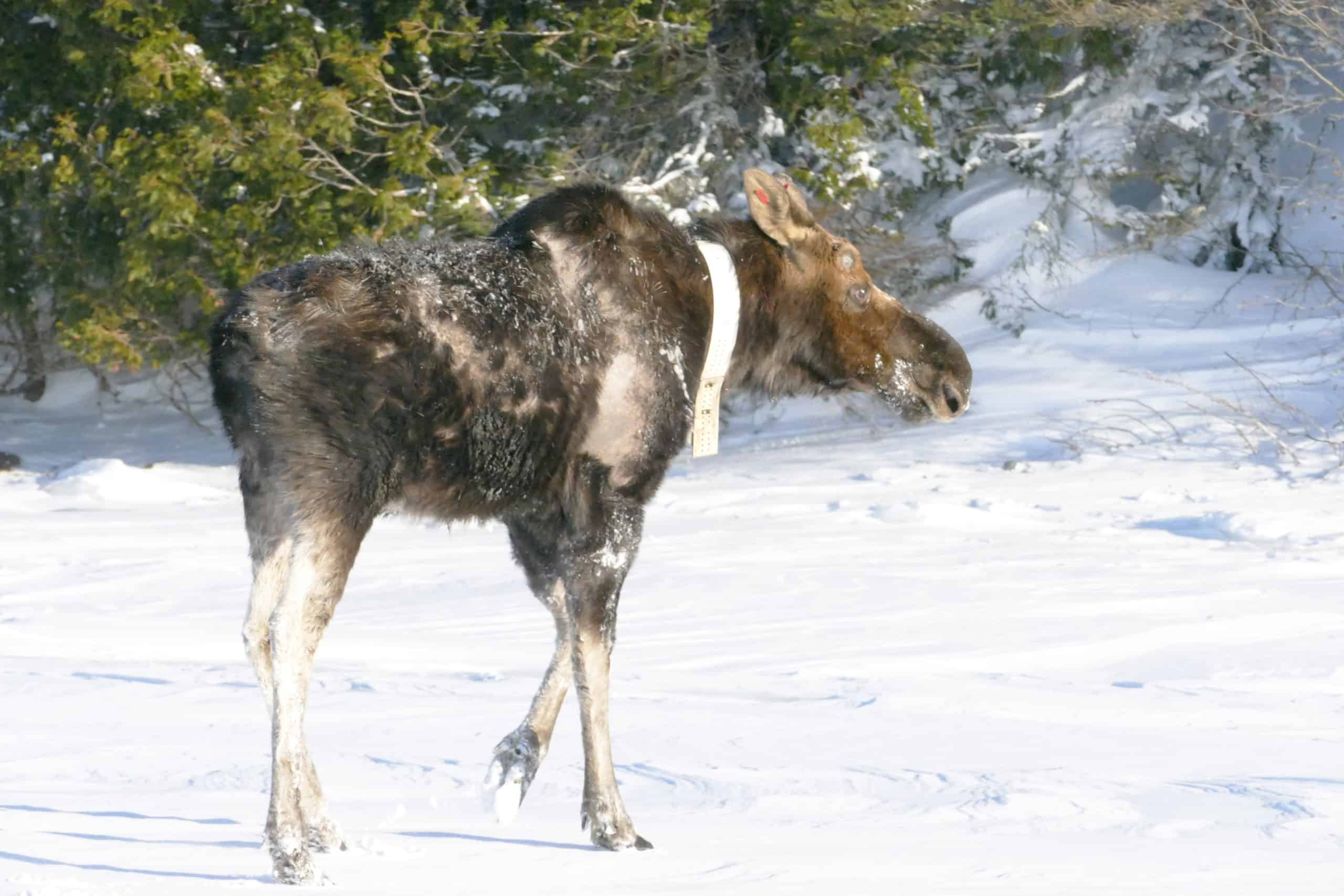 During aerial surveys, Hoy and her colleagues saw wolves traveling and resting together, and they spotted the tracks of others appearing to do the same, suggesting that the wolves were forming packs and reproducing. They also took note of them producing pups. “Wolves have the potential to reproduce and grow in number quite quickly,” she said.

“All of those things happening at the same time means that it’s been a tough year for moose and that’s probably why we’ve seen a significant decline in the number of moose on the island over the past two years,” Hoy said.

Dana Kobilinsky is associate editor at The Wildlife Society. Contact her at dkobilinsky@wildlife.org with any questions or comments about her article. You can follow her on Twitter at @DanaKobi.