The scene that played out before Jeremy SunderRaj would have likely scared most 11-year-old boys. The fact that it didn’t makes it clear that he was destined to be a wolf biologist.

About 13 years ago, SunderRaj and his family took a trip to Yellowstone National Park from his home in Denver, Colorado. He desperately wanted to see wolves and, much to his delight, he and his family got more than he bargained for. Not far off the road, a pack of Yellowstone’s wolves had found and killed two black bear cubs. SunderRaj was fascinated.

“I’m not sure what was wrong with me at the time,” he said with a laugh. “I thought it was really cool. It was one of those National Geographic kind of moments. You can say I was a weird kid.”

Just five years later, at the age of 16, SunderRaj started working in the park as a volunteer. At 18 he was off to the University of Montana in Missoula to study biology. Two years ago, he was back in Yellowstone, where he’s a biological science technician for the Yellowstone Wolf Project.

Much of his work focuses around working with the general public and he wouldn’t have it any other way.

“I do enjoy working with the general public,” he said. “Education is a big part of conversation. It’s important to reach out to kids and reach out to people who stop along the road in Yellowstone. They can come from a place like New York City and be here for a day and see an animal they might not see for the rest of their lives.”

Prior to his work in Yellowstone, SunderRaj spent three summers trapping and collaring wolves for the State of Montana. The experience proved incredibly valuable to him, he said. He met with ranchers whose cattles were being preyed on by wolves. He balances that with watching people see wolves in the wild for the first time.

“I see people from big cities and they come out to Yellowstone and they’re watching wolves play,” he said. “It’s so easy for people to say, ‘Ranchers just need to take a loss sometimes.’ It’s easy to say that when you’re in Yellowstone as opposed to when these people are living paycheck to paycheck and they’re losing cattle to wolves.

“Not all ranchers are bad guys. We’ve had plenty of ranchers who don’t mind having wolves on their land. Our visitors in Yellowstone don’t get to see the other side of it.”

When he’s not trying to educate visitors to the park, SunderRaj can often be found doing research work in the field. His recent work has included a paper on where wolves can be seen in the park and another on the displacement of breeding males.

Other days he’s doing necropsies on carcasses from wolf kills.

Hazing wolves is another part of his job. Wolves in the park have grown up seeing humans and have lost that natural fear of people. Biologists are trying to keep wolves from being hit on the road by cars, for example, and by shooting non-lethal ammunition at them when they near a roadway it is hoped that that instinctual fear can come back.

“Hopefully, hazing allows them the chance to live longer, healthier lives,” he said.

Hazing wolves in the park could also make them less likely to be killed by hunters if they leave Yellowstone’s boundaries.

“I always tell people, it’s a different thing to hunt a completely wild wolf pack in Montana than it is to hunt a wolf pack that leaves Yellowstone,” he said.

SunderRaj, 24, lives in Gardiner, Montana, on the far northwest portion of the park.

He does expect that he’ll have to leave Gardiner and head back to college again to earn his Master’s degree.

He’d like to keep helping to recover wildlife populations and has an interest in how wolves are repopulating areas like Washington, Oregon, Colorado and California. Helping ranchers affected by depredation is also an interest to him. SunderRaj knows that’s going to be important for wolf recovery in the west.

“There’s definitely a place for wolves in a lot of the western United States,” he said. “We also have to realize we need to compromise and work together.”

To learn more about the Yellowstone Wolf Project, click here. 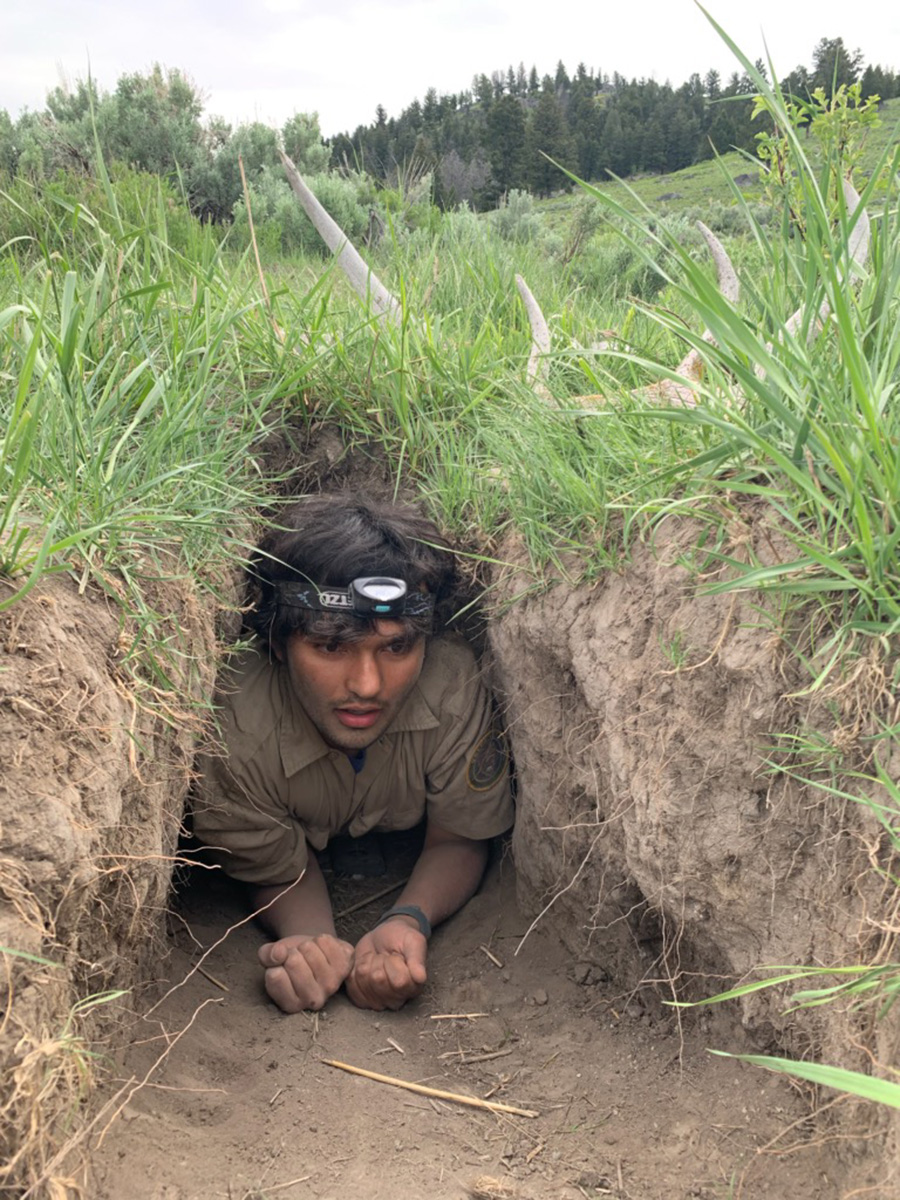 Jeremy SunderRaj is pictured in a wolf den. He is a member of the Yellowstone Wolf Project at Yellowstone National Park and lives in Gardiner, Montana. 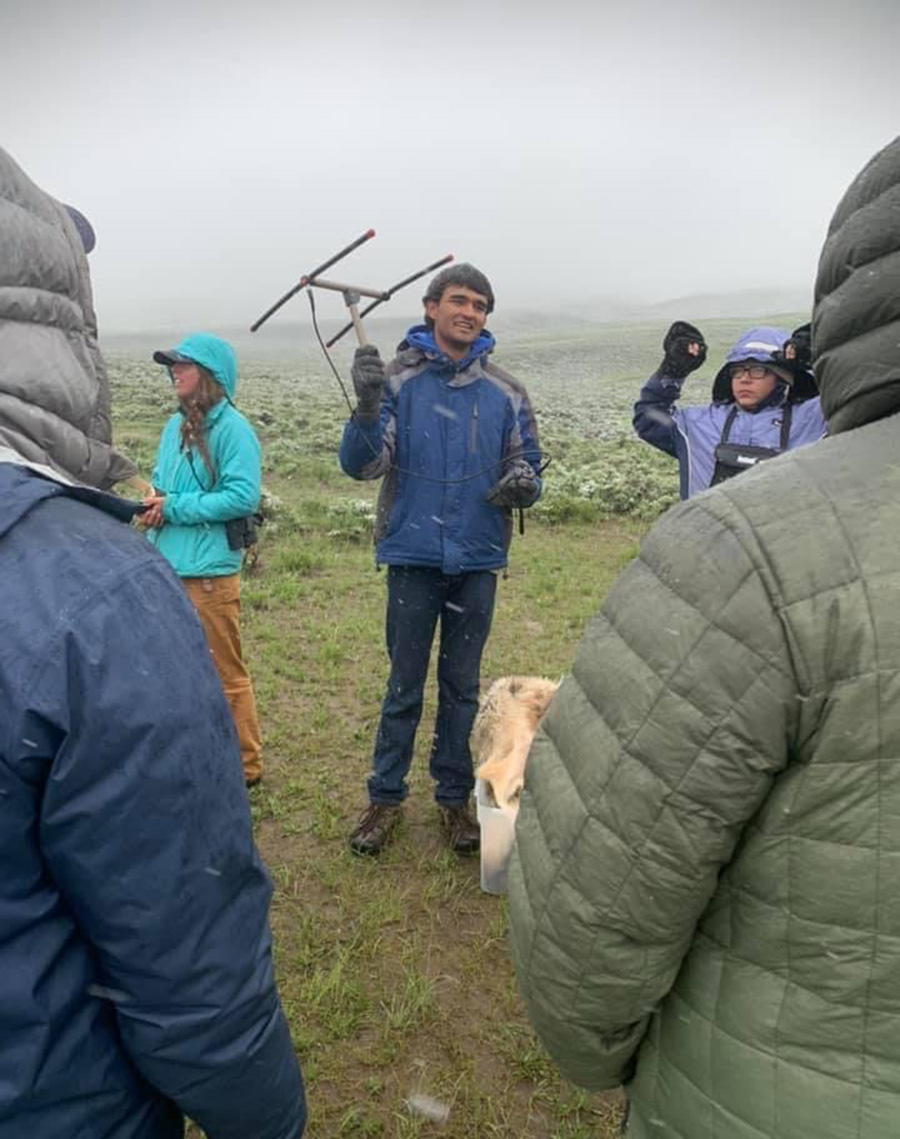 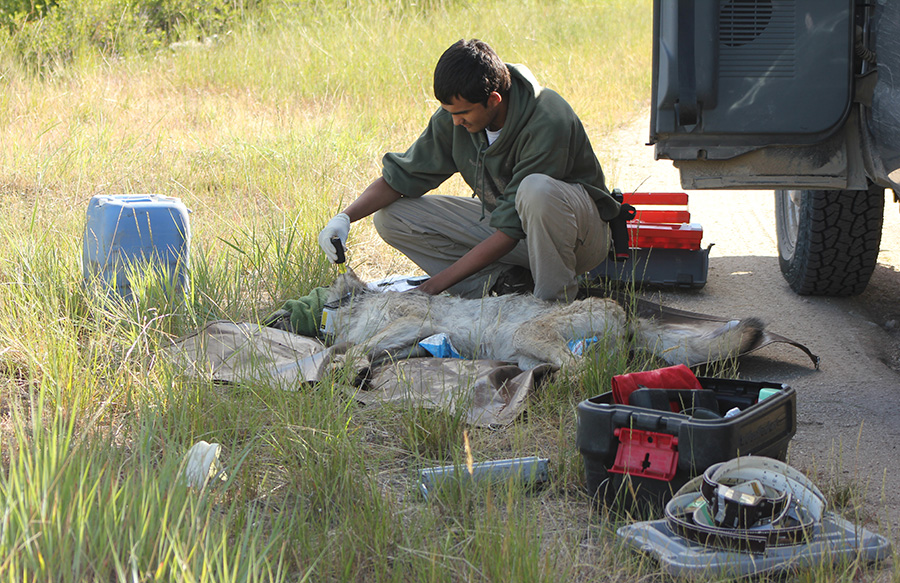 This wolf was captured as part of Jeremy SunderRaj’s employment with the State of Montana. He’s pictured doing a field exam on the wolf. 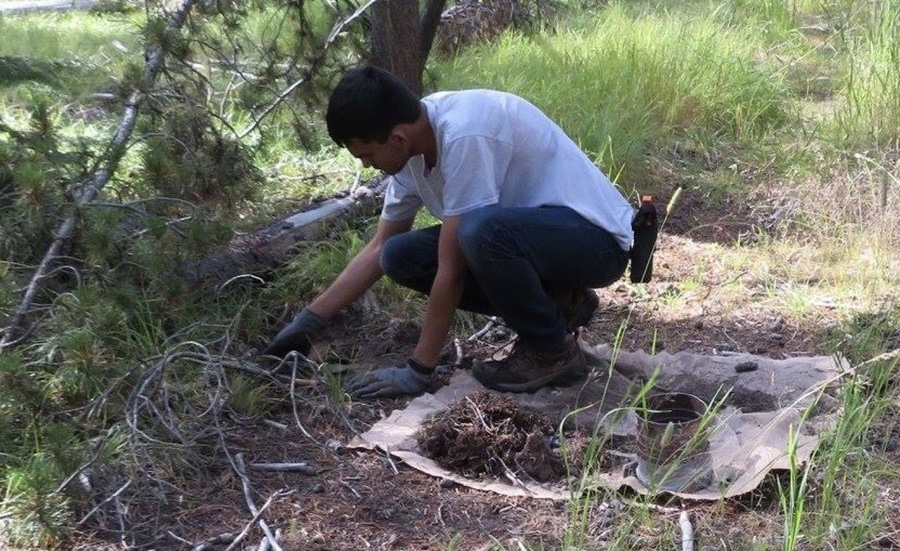