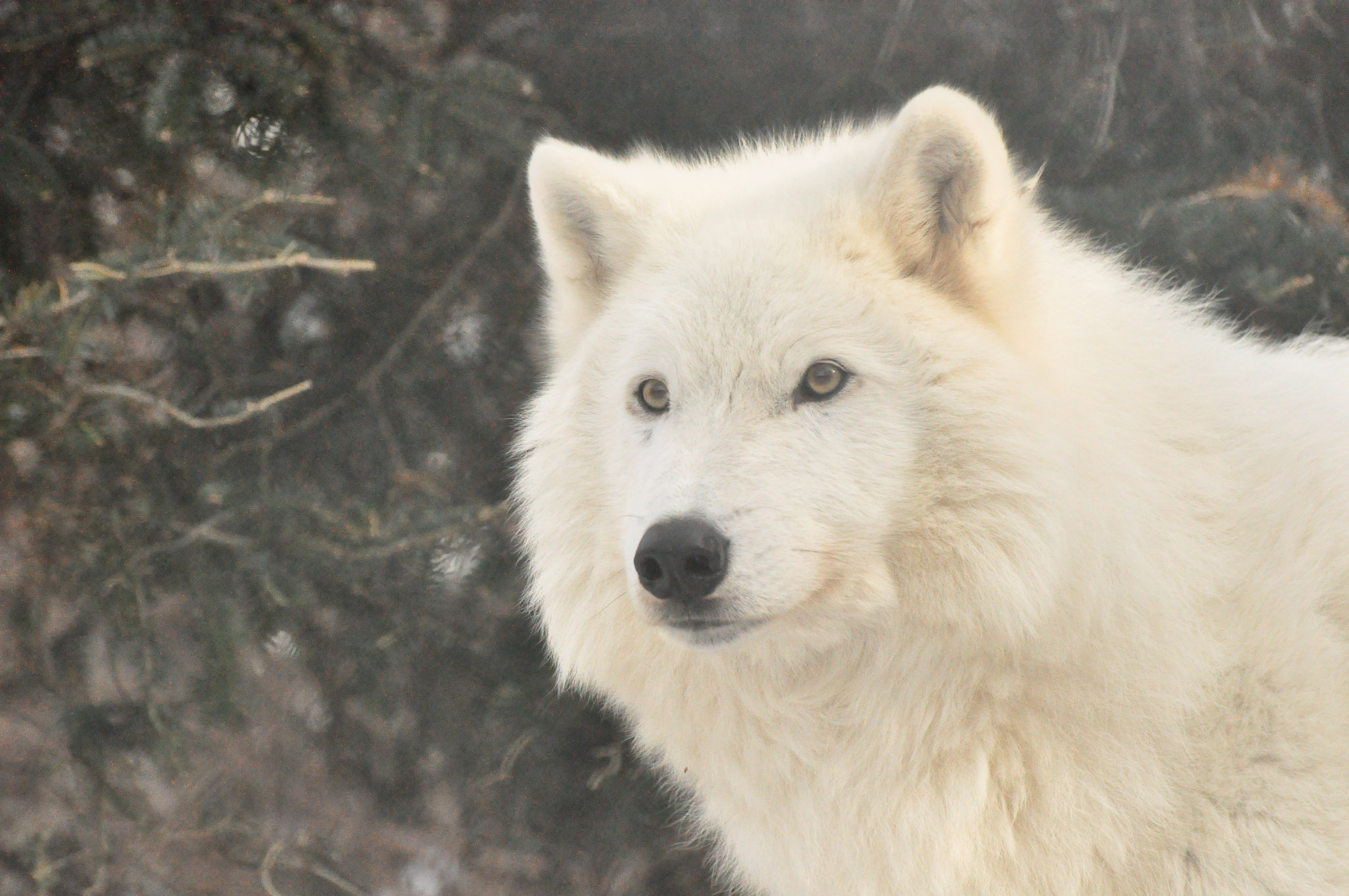 As excited as Shadow had been lately, Malik has taken on the opposite behavior.  He’s become temperamental when eating, he has been staying toward the back of the enclosure and he’s showing less tolerance of activity in the wolf yard, especially the equipment used to move snow.  Malik, as a lower ranking wolf, has always been a more nervous individual, but we always have to be mindful when  a nearly 14 year old wolf shows these signs as it might be a symptom of another ailment.  So far there are no other specific issues, but this could also be behavioral.  Shadow is the more dominant of the pair and when Shadow is active, he may be asserting more status over Malik, resulting in a more timid response.  This job requires a combination of physical and behavioral observations to assess overall animal health.