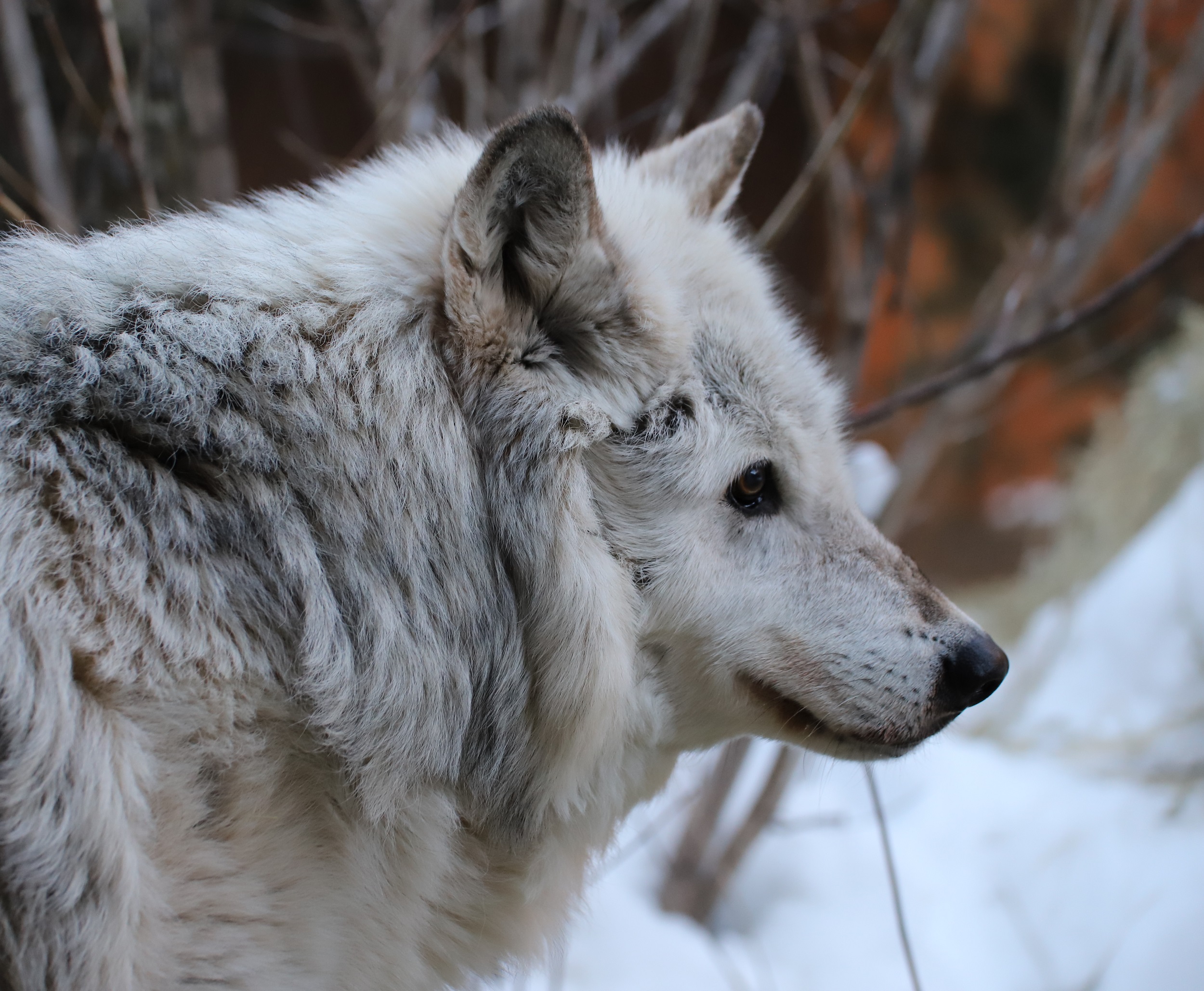 Grizzer is fast approaching his 15th birthday and despite some extreme cold from a few “Polar Vortexes” this winter, he has weathered another winter.  We still have some concerns about his vision in his right eye, you may notice when he rests in the sun, that he has lost some nerve and muscle function on that limits his ability to close his eye.  His nictitating membrane does cover his eye, but not at the frequency of upper eyelid blinking.  This issue occurred during the winter of 2010/2011 while there was some rank order issues after Shadow’s retirement and Denali and Grizzer had some conflict.  This is one of the reasons we would like to keep Denali healthy and active in retirement, as there is some residual conflict between these two and at 15, Grizzer doesn’t need the disruption to his routine. The other notable issue Grizzer had in the past was some right knee issues after a slip on the ice. But this winter, with the addition of Turmeric supplements and a thick layer of cover hay in the transition area gates, he is moving freely  and interacting well with his packmates.  To register for Grizzer’s Birthday webinar, follow this link:

Denali – Paws Made for Deep Snow