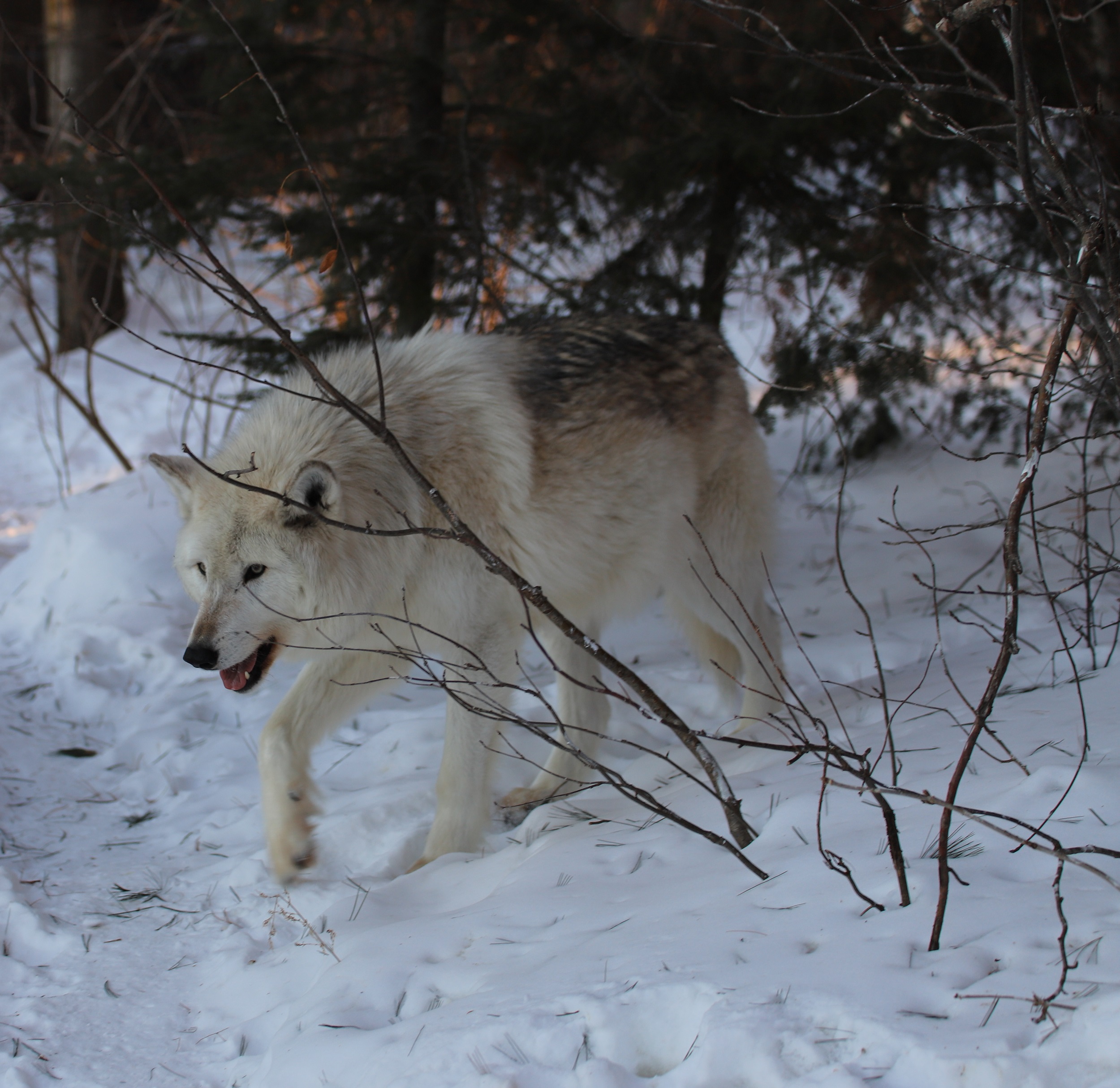 Denali has no problem making tracks in the deep snow, but his larger body size means he does sink a bit more.  As we continue to accumulate snow, we also see the snow change texture, making it a bit of a struggle for wolves to travel.  When temperatures warm, we see a circumstance where even the wolves over-sized paws don’t keep them from sinking.  We call it “postholing”, when a foot goes in and it sinks.  But, the warmer days don’t necessarily mean warmer nights.  As the melt in Northern Minnesota continues, we still have some cooler nights, making for a hard pack snow especially in the early morning hours.  It’s the hard pack snow that give the advantage to the lighter wolves, like Axel and Grayson and chases throughout the upper enclosure are restricted to the wolves under the age of 8.  Despite his advancing age, Denali continues to be an active member of the Exhibit Pack and while he may not always show tendencies to be the leader of this social group, the younger wolves seem to congregate towards him when there’s some uncertainty.

Grayson – Investigation – The focus of the young wolf