Wolf News
You are here: Home1 / Wolf Logs2 / Aidan – Been Here Before 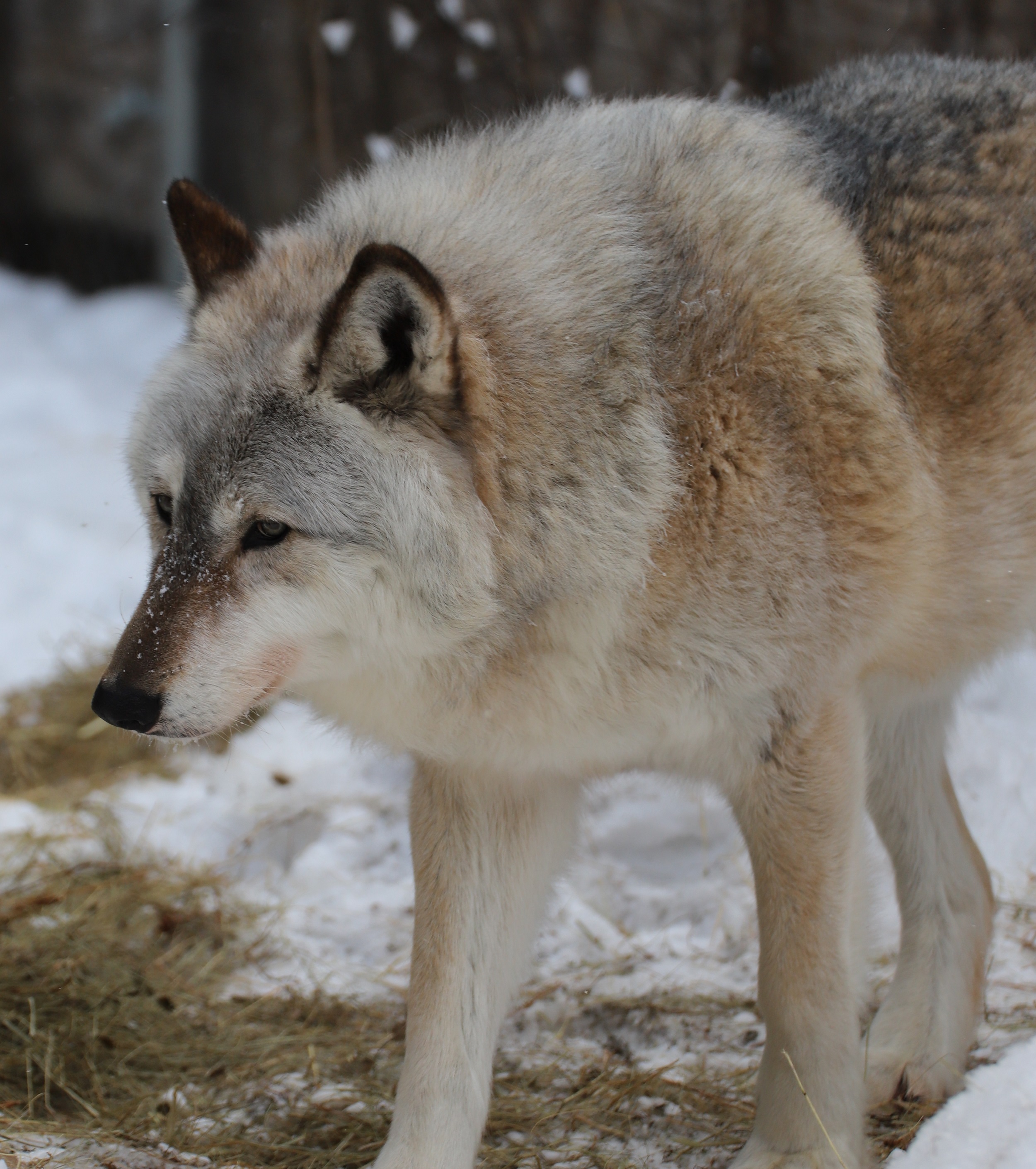 If you have been following the Exhibit Pack dynamics over the last few years, you know that Aidan had some history with mass cell tumors on his left leg.  He had two previous surgeries to remove a low grade tumor and seemed to be managing well on a treatment of anti-histamines to control its’ return.  Unfortunately, the tumor came back and a second growth a bit higher on shoulder developed quite quickly prompting the Center’s wolf care team to develop and implement a surgical plan.  The photo in this log was taken on January 22nd, and you see only a slight discoloration at the site of the growth.  Approximately one week, later, the growths tripled in size and caused such aggravation that Aidan began obsessively licking them.   Increasing anti-histamines didn’t have an impact, so surgery was scheduled and executed on February 5th.  Aidan did extremely well under immobilization and after a 5-hour recovery time and despite the fact that he had options to access the heated building. he chose to rejoin his Retired Pack outdoors,     The report from the clinic is that the both masses had attached to the muscle meaning complete extraction wasn’t possible and regrowth may occur, although mass cell’s have been known to have a wide array of traits making it difficult to predict.  After Aidan’s sutures heal,  he has been prescribed some immune suppressants to possibly reduce cell growth.  Since stress can impact the immune system, staff are reviewing the signals of canine stress and making every effort possible to reduce any anxiety for Aidan.  We plan to produce a Youtube in the next few days showing some behavioral video that staff interpret when making management decisions.

There are no upcoming events at this time.