It is with great sadness that we share the news of Luna’s euthanasia on Tuesday afternoon, November 26th, 2019.  I know for some watching the webcams (and even our wolf log last week) she seemed to be doing good by greeting and eating (two parameters that I said were the ones I was watching for a decline). The fact is, Luna was incredibly tolerant of pain, we knew that from the time she was a pup, throughout the many issues in her life, we saw that tolerance over and over again.  As the curator, I assess the surveillance video on a daily basis.  Wolves tend to mask pain in the presence of packmates (wolves and humans alike), likely a survival mechanism to avoid showing weakness.  The video I saw on Tuesday and the look in her eyes while I did a physical assessment made me decide that she had enough.

In my mind, there was no other choice than to treat her with the respect she deserved and end the decline from this aggressive spindle cell sarcoma.  She had been strong in the fight of this cancer which was first identified in March, 2019.  The March surgery removed a mass on her left neck area. The biopsy report at that time was inconclusive, but the return of the growth in July led to a second biopsy with a diagnosis of an aggressive spindle cell sarcoma.  Complete extraction was not possible in July due to several deep masses embedded in the muscle behind her shoulder blade.  Staff prepared to manage Luna to the best quality of life possible and that also meant having a plan to make the difficult decision and reduce painful suffering.  It was a hard, day in wolf care.

We continue to monitor Grizzer and while his first night without Luna was a challenge, he is settling into a routine and the December wolf care calendar will include some increased staffing to give Grizzer the attention he needs.  He has no health issues at this time and the addition of some much needed snow roofs is keeping him dry and with safe footing as he travels throughout the retired areas. 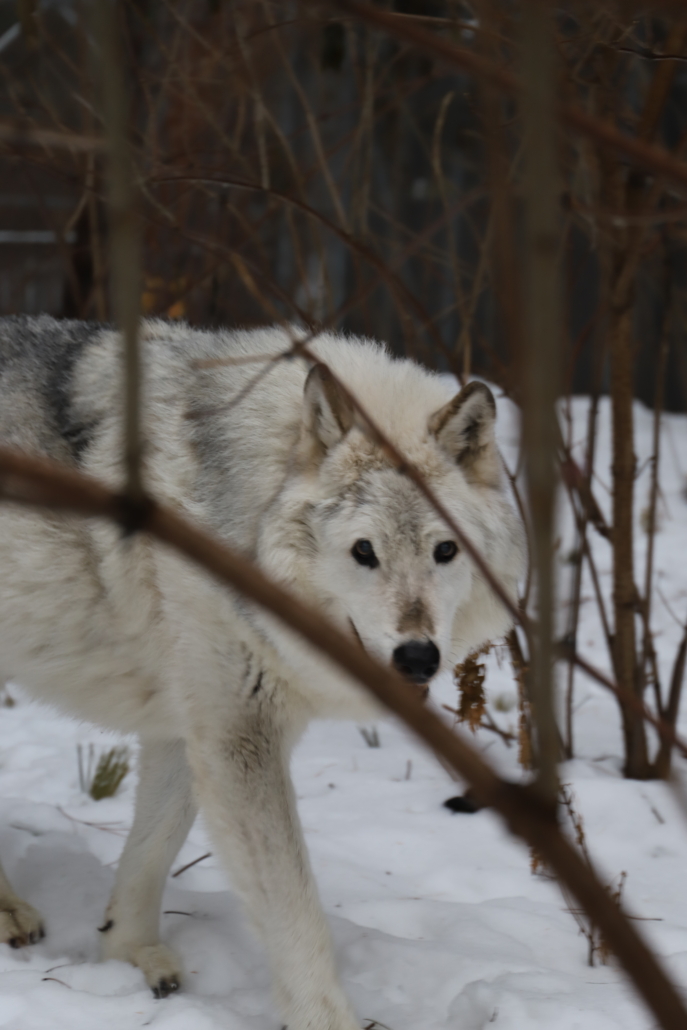