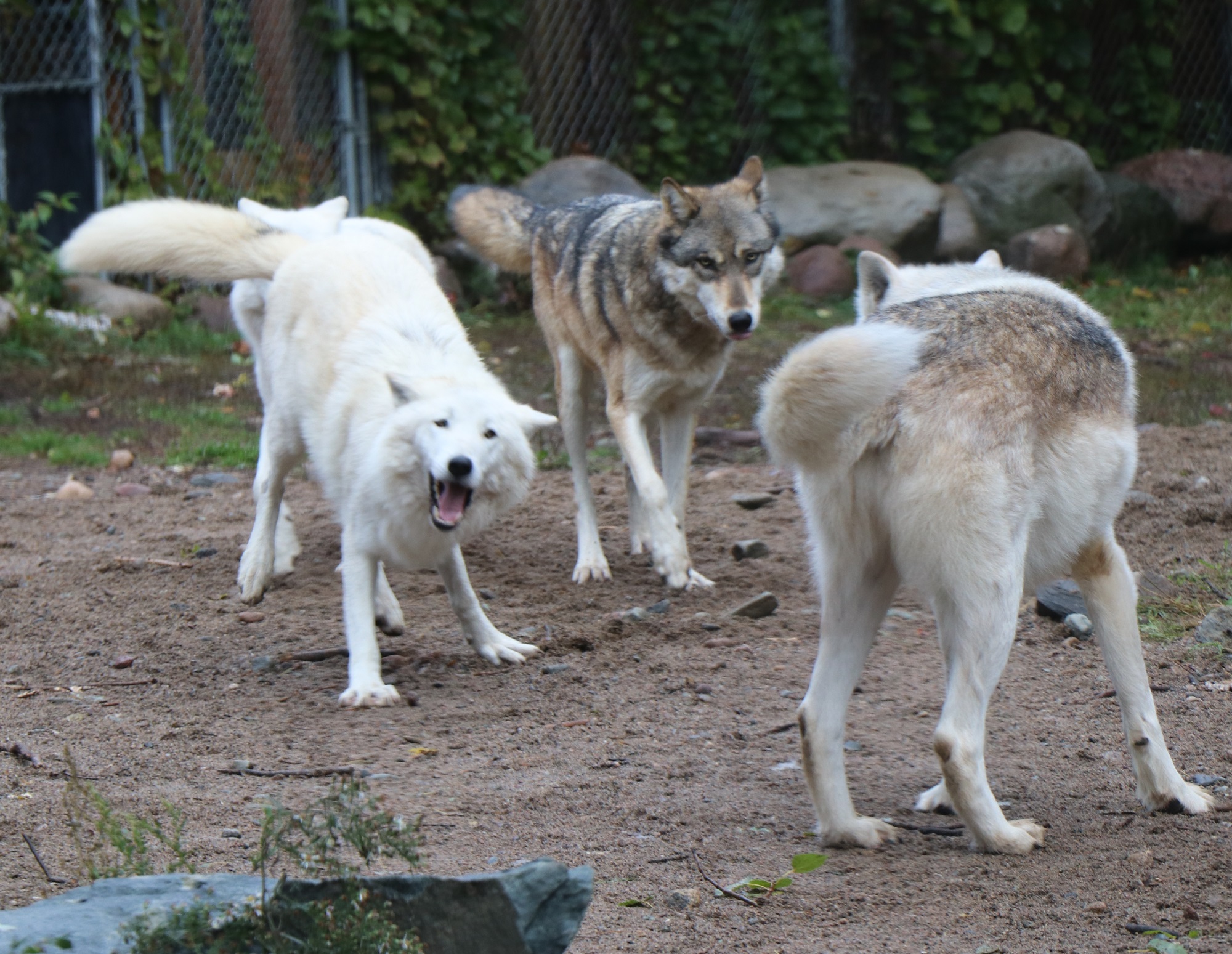 This log was written by, Christina Wagner, a participant of the Wolf Photography Weekend.

Axel was very playful and initiated play more than the rest of the wolves. There were a couple times that Axel did not back down from more forceful play. He would tuck his tail while striking back at Boltz. During the evening carcass feeding, Axel would taunt Denali in trying to successfully obtain a piece of meat.  He was a very engaging wolf and loved the viewing windows.

This log was written by Porsha Cline, a participant of the Wolf Photography Weekend.

Axel was playful and initiated play with the other wolves.  He would bump into them, as well as display inhibited biting at them.  He would bow down attempting to initiate chase behavior from the other wolves.  He was quite successful at engaging the rest of the pack, and would assume submissive postures when they would engage with him, such as rolling over, lying on his back and submitting to neck pinning.

MEMBERS ONLY Behind the Scenes – June 5

MEMBERS ONLY Behind the Scenes – June 12

Denali – The mind is willing…but the body?
Scroll to top