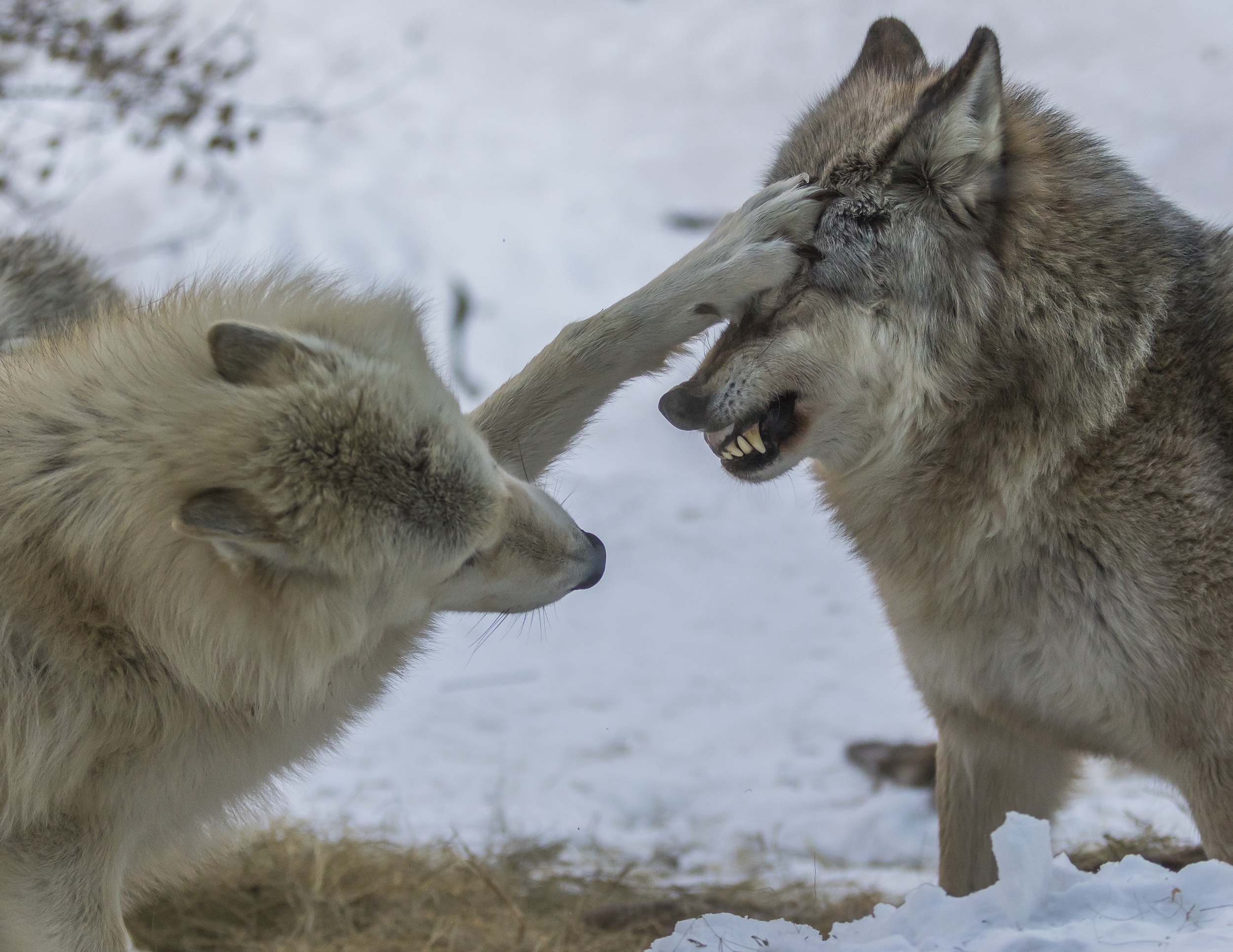 For those of you who have followed the pack dynamics of the Exhibit Pack at the International Wolf Center, we have reached a milestone today.  Aidan our pack leader for the last 7 years, was brought to the vet clinic for a complete health assessment this morning and will be transitioned into retirement when he recovers from the anesthesia.  He is currently recuperating in the wolf care kennel adjacent to the pack holding area and will be moved to the Pack Holding area later today as the anesthesia wears off.  Aidan became the pack leader in February 2011, when Maya, the dominant female at the time, chose Aidan over Denali and Grizzer to be the successor of our former pack leader, Shadow who was retired at 10 years of age due to health reasons.  This decision to retire Aidan was months in the making, there was no event today that made this change happen.  It was a series of interactions that affected his confidence and ultimately resulted in a pack that started to form around him.  The first sign of testing for status started with the maturation of the Axel and Grayson who began testing for rank last September and continued as they reached maturity between 18-24 months.  You may have watched the media coverage this spring about the change in dynamics or you may have witnessed dominance issues with Aidan while visiting the Center’s facility in Ely.  Many people had contacted me to ask why I didn’t pull him out  of the pack last winter when the tensions increased.  It is important to understand that Aidan needed time to accept a lower ranking position.  We want his transition to retirement to be comfortable and less stressful, if he thinks he still leads the pack, it’s been our experience that they will do what they can to get back to the pack.  Aidan needed to be ready to let go of leadership and in the last few weeks, we believe that time is right.  For those of you watching the cameras, YouTube and the Wolf Care Webinars, he still had social interactions with the pack, especially Grayson, but when it came to Boltz and Axel, the tension was there.  He let the others do the leading and he did the following, so in essence, the pack was starting to form a new leader.  Which wolf will take the lead is the next stage of this transition.  Aidan’s brother Denali is going to stay with the pack, at this time, he is an important member of the social group.  We will definitely watch this closely, Denali is 10 years old even though he acts like a 2-year old on occasion.    Staff will be on site 24-hours a day during this transition time and we will be testing some shared fence lines to see if Aidan wants to join Grizzer and Luna.