The Center offered a Photography Weekend, taught by our Wolf Care Staff member, Kelly Godfrey.  During the session, we asked participants to review the Center’s Ethogram and identify behaviors that gives us an assessment of pack dynamics.  Often when we do wolf care, the staff’s presence in the enclosure can create competition for attention and doesn’t give us true sense of dynamics.  Here are the results of their observations:

Denali – Still in the Mix:

This weekend, we observed Denali very focused on pack interactions and engaging in many social encounters with Axel and Grayson.  He played with his ears pricked forward (showing no submission).  Clearly stimulated, he would rise from a resting position to join in on the play sequences.  On several occasions, we also observed Axel “Invite Chase” (a behavior where a wolf rest down on the front legs, then springs upward and away).  Denali would willingly, all be it slowly, join him in a chase up the hill. 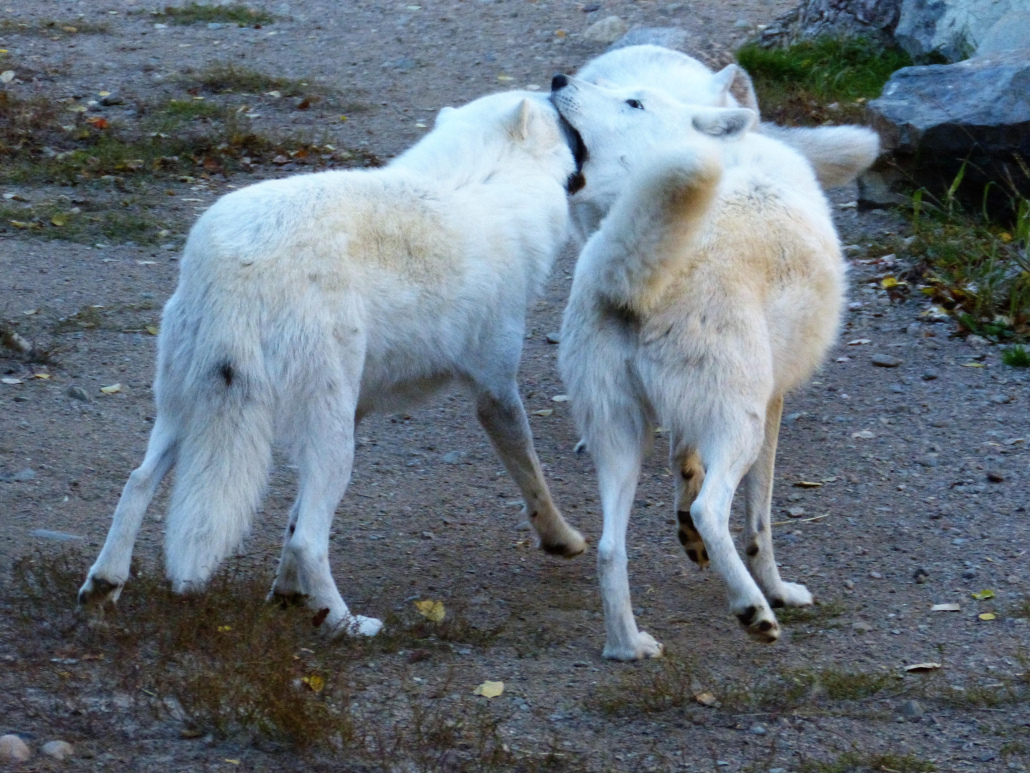 Photo by Ron Kalin – showing the pack rally with Grayson on the left, Axel on the right with the high tail and Denali facing them, wagging his tail.

Grayson was the most vocal among the three wolves remaining in the Exhibit Pack.  He howled quite frequently on this particular day.  However, the other wolves didn’t seem to pay attention to him. No other wolf as observed returning his vocalizations.  Grayson’s howls were short duration, but he continued to howl for an extended period of time.  Perhaps he is missing former pack member, Boltz (wolf care staff should note, that the vet was on site to assess Boltz and Grayson has a particular bark-howl warning for the vet).