You are here: Home1 / Wisconsin

Wisconsin at a glance

Gray wolves once existed throughout Wisconsin; however, killing began shortly after European settlement. Wolves were removed primarily by shooting or trapping between 1865 and 1957. Within a few years after their protection under the Endangered Species Act in 1974, wolves immigrated from Minnesota and established territories in Wisconsin. According to federal recovery criteria, wolves in Wisconsin have been biologically recovered for several years. They were delisted from the endangered species list in January 2012 and were state managed until December 2014, at which time they were placed back on the endangered species list.

Wolves were again delisted in January 2021 and are now managed by the state’s Department of Natural Resources. A wolf hunt was held in February 2021. More information about that wolf hunt can be found by following this link.

Attitudes by the general public are fairly positive toward wolves, but wolves continue to be controversial. About one-quarter to one-half of wolf mortality in recent years there was due to illegal killing by humans. Main prey for wolves in Wisconsin are deer, beaver, and in central areas, turkey. Wolves occupy the northern portion and a small central portion of the state (known as the state’s central forest).

Wolves were hunted in Wisconsin in 2012, 2013 and 2014. When they were relisted on the Endangered Species Act, the hunting seasons closed. Additional information.

Submit a wolf sighting in Wisconsin. 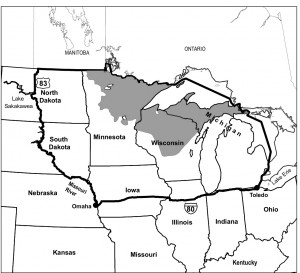 Location: C. lupus and the potential C. lycaon are indistinguishable from each other physically, behaviorally and ecologically. The only way to tell the difference between them is a genetic test and comparison. Both inhabit the northern half of Wisconsin.

Current Wolf Population, Trend, Status
Number of wolves: 914-978 in 2019, according to the Wisconsin Department of Natural Resources (as detailed in this report).
Population trend: Increasing
Legal status: Endangered, federally protected. (as of December 19, 2014) 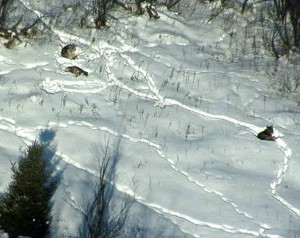 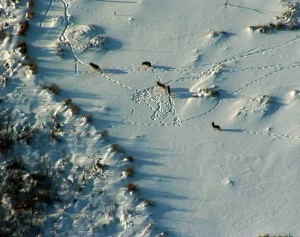