You are here: Home1 / Austria

Austria at a glance 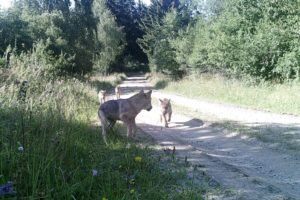 Wolves were extirpated in Austria by the late 1800s. But, since 2008, several wolves have made appearances within Austrian borders. They were believed to be migrants from nearby countries. By 2016, though, wolves were returning to Austria in small numbers.

Camera traps in the northeastern region of Austria captured photos of a wolf pair and two pups in 2016, believed to be evidence of the first wolves born in Austria since 1882, according to WWF Austria.

By 2020, the estimated population numbered 20, according to this story on the European Wilderness Society web site.