What’s a lone wolf? And why do wolves disperse?

You are here: Home1 / Wolf Info2 / Facts vs Fiction3 / What’s a lone wolf? And why do wolves disperse?

What’s a lone wolf? And why do wolves disperse?

The term “lone wolf” is often used in popular culture today. But where did the term lone wolf come from? And what does it mean?

Put simply, the term “lone wolf” describes a pack wolf that happens to temporarily be traveling alone, which is often the case during summer, or one that has dispersed from its natal pack. The latter wolves set off by themselves.

There are various hypotheses, including mate competition, inbreeding avoidance and resource competition.

“Dispersal functions to help wolves find the necessary combination of a wolf-pack-free area, food resources, and a suitable mate,” according to a 2003 article by Steven H. Fritts, Robert O. Stephenson, Robert D. Hayes, and Luigi Boitani. 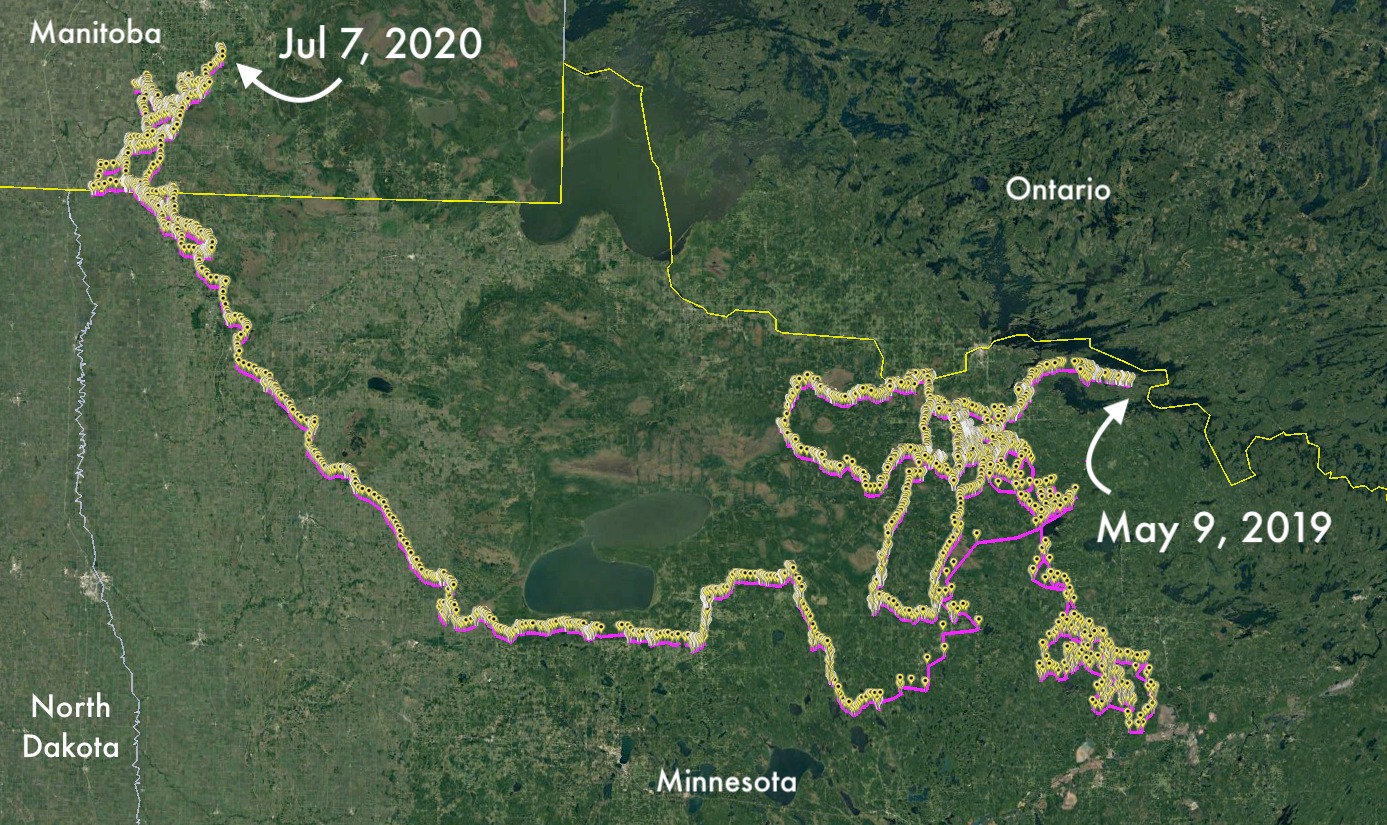 Wolf V075 was a lone wolf that almost reached North Dakota before he ventured north into Manitoba. During his travels, V075 traveled 2,960 km (1,835 miles) in about 15 months.
The Voyageurs Wolf Project collared V075 in Spring 2019 and it was apparent he was a lone wolf shortly after collaring him as he started wandering all over.
Graphic courtesy of the Voyageurs Wolf Project

What else do we know?

One of the main research papers written on this topic studied dispersal patterns of radio-collared wolves from 21 packs in northeastern Minnesota from 1969 to 1989. It was written by Eric Gese and L. David Mech.

The study included 316 radio-collared wolves, and 75 were considered to be dispersers.

Mech and Gese found that most dispersing wolves left their natal territory when they were  yearlings. Many left between 11-12 months old, and others at 17-19 months old

Wolves dispersed at higher rates when there was a preponderance of young wolves in a pack, Gese and Mech wrote. There also appears to be a connection between low prey numbers and dispersal.

Rolf Peterson and others observed, for example, that when prey declined on Isle Royale, more wolves left their packs.

During times of undernutrition, aggression may increase in a wolf pack, forcing young subordinate animals to leave, researcher Erik Zimen wrote. Aggression also increases during the breeding season, the time when most yearling wolves typically disperse, he said.

The wolves in the study by Gese and Mech traveled between five and 220 miles when they dispersed. The mean minimum distance traveled by all dispersers was 48 miles. The farthest straight-line distance a wolf has been know to travel was wolf OR93 that left northern Oregon and made it to Lebec, California before being hit by a car, some 700+ miles away.

Wolves aren’t the only animals to display this behavior. Many mammals exhibit it, too.

To learn more about the dispersal of wolves, consider reading the following papers: