You are here: Home1 / Wolf Info2 / Facts vs Fiction3 / Are wolves dangerous to humans?

The risks associated with a wolf attacking a human are ‘above zero, but far too low to calculate,’ a new report says

Between 2002 and 2020, researchers found 26 fatal attacks throughout the world. Of those, 14 were due to rabies

Are wolves dangerous to humans? According to the latest research, which studied worldwide data from 2002 to 2020, the risks associated with a wolf attack are “above zero, but far too low to calculate.”

That’s from a new report titled “Wolf attacks on humans: an update for 2002-2020” by John D. C. Linnell, Ekaterian Kovtun and Ive Rouart of the Norwegian Institute for Nature Research.

Linnell was an author of a 2002 report that summarized previously reported attacks. This new report offers a detailed look at each attack during 2002 to 2020, The researchers uncovered at least 26 fatal attacks by wolves, with the most (12) in Turkey. There were six fatal attacks in Iran, four in India, and one each in Canada, the United States, Tajikistan and Kazakhstan.

Keeping that figure in appropriate context is crucial, the report reads.

“In Europe and North America we only found evidence for 12 attacks (with 14 victims) of which two (both in North America) were fatal, across a period of 18 years. Considering that there are close to 60,000 wolves in North America and 15,000 in Europe, all sharing space with hundreds of millions of people, it is apparent that the risks associated with a wolf attack are above zero, but far too low to calculate.”

The role of rabies

Rabies played a significant role in most of the attacks. Researchers unearthed 489 victims of wolf attacks across the world from 2002 until 2020. Of those, 380 (78%) were rabid attacks, 67 were considered predatory attacks and 42 were provoked/defensive attacks.

In Turkey, where there were 12 fatal attacks, 75 percent were caused by rabid wolves.

The fatal attacks in North America occurred in Canada in 2005 and Alaska in 2010.

In the 2005 attack, a 22-year-old male was killed near a remote mining camp (Learn more here). The camp had an open garbage dump that was frequented by wolves that showed no fear of humans.

In the 2010 attack in Alaska, a 32-year-old female was killed in what researchers called a predatory attack – the wolves were not rabid, nor were there any food attractants. 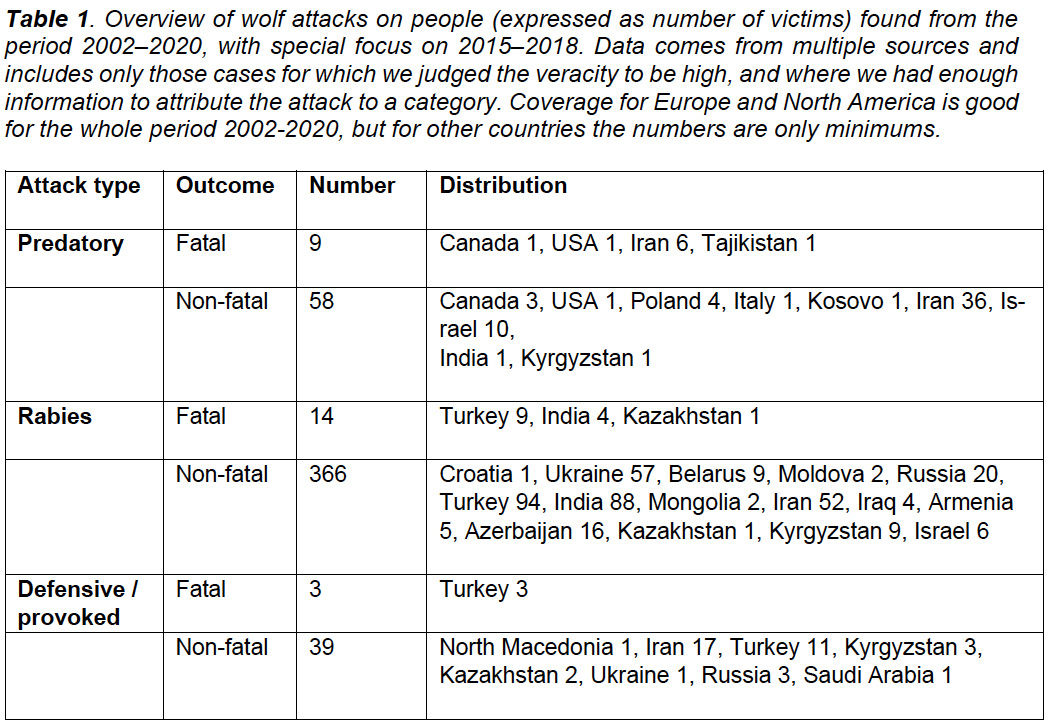 Managing the risk of future attacks

To reduce the risk of wolf attacks on humans, the first measure must be to exclude wolves from food sources that are directly associated with humans, according to the report. Garbage dumps and landfills should be fenced and carcasses on farms should be properly disposed of.

“The most important action is to prevent the deliberate feeding of wolves by photographers or those acting out of a misguided desire to ‘help’ wolves,” researchers wrote.

Hazing habituated wolves by using rubber bullets or shotgun-propelled bean bags has been successful, but there’s still uncertainty when it comes to the usefulness of hazing, researchers say. 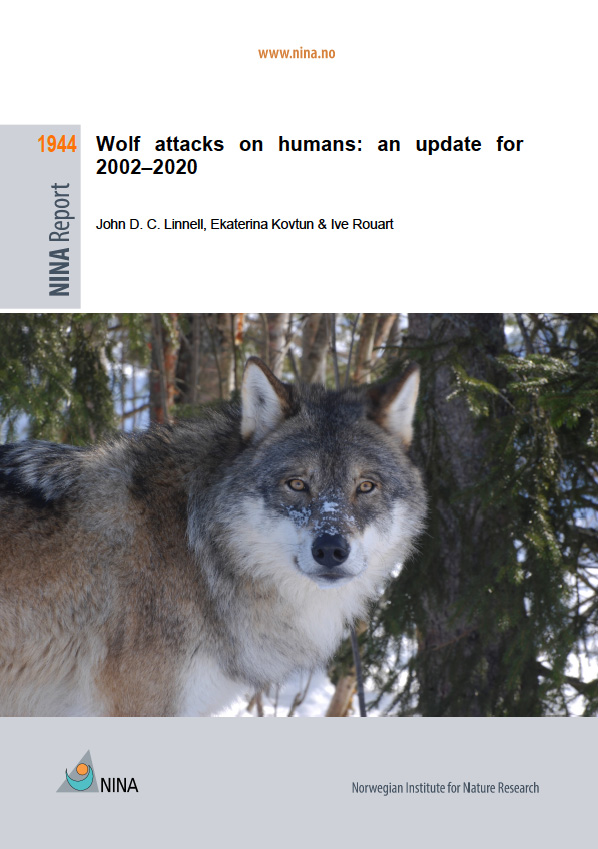 Organizations, including the International Wolf Center, play a role in the messaging associated with the risk posed by wolves.

“On one hand, it is important to communicate that the risks posed by wild wolves is so small that it cannot be calculated, especially in European and North American settings, so as to reduce fear. On the other hand, it is important to communicate that this risk is not zero, in order to prepare the public for the possible need of reactive measures … ,” the researchers wrote.

When bears have (rarely) attacked humans, it’s typically because they are food conditioned. Those attacks are given the proper context and something similar needs to occur when wolves are involved.

“The understanding of the risks from wolves is growing, and it increasingly appears that wolves are broadly similar to bears where the risks are much more widely understood, i.e. most individuals are not dangerous, but that there are risks from habituated and especially food-conditioned individuals, and on some rare occasions unpredictable and unprovoked incidents will occur,” according to the report.