No, this photo doesn‘t show one wolf protecting another’s throat in a gesture of heroism

Yet another misleading photo interpreting wolf behavior is circulating on the internet. In this instance, a female wolf is said to be protecting her male counterpart from an attack by shielding his throat. The caption reads: “The female wolf appears to hide under the male. She’s actually covering his throat from their assailant, whilst pretending to be scared.”

Above the image of the wolves is an image of an armed robbery occurring, with the caption: “Make sure you have the right woman in your corner.”

Regarding the interpretation of the behavior: That, too, is inaccurate. The Center’s Wolf Curator, Lori Schmidt, has observed wolf behavior up close for more than 30 years. She interprets the behavior seen in the photograph in a much different way.

The arctic wolf on the left was named Shadow. He was the dominant male of the exhibit pack at the time this photograph was taken. The two wolves on the right are brothers – Denali and Aidan, who is pictured on the bottom.

Shadow shows a lip curl to the subordinate males of the pack,” Schmidt said. “Aidan is more timid and tucks his head lower in acceptance of the dominance than his brother Denali, who is more defiant and tries to stare down Shadow.  It appears the more accepting behavior rather than defiant behavior may have an advantage in pack social dynamics and Aidan succeeded Shadow as the pack leader.”

The Center studies these natural behaviors in wolves and has even built an ethogram to categorize such behavior. (An ethogram is an inventory of animal behavior.) Hundreds of natural wolf behaviors have been inventoried at the International Wolf Center in Ely, Minnesota.

To read about another misleading caption pertaining to a line of wolves traveling through deep snow, click here. 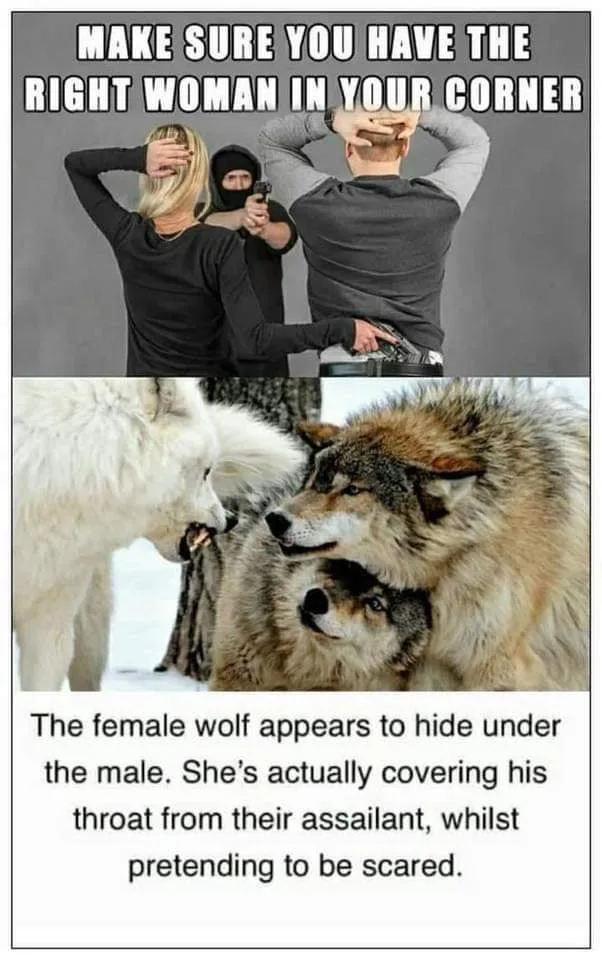 A Canadian Province Killed 463 Wolves for No Good ReasonAnti-wolf group goes to court to keep Utahns from knowing how it spends tax...
Scroll to top Book Now