You are here: Home1 / North Carolina

North Carolina at a glance 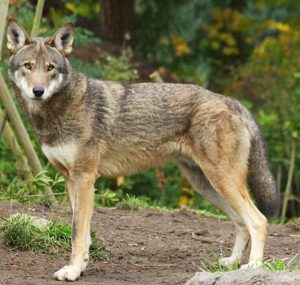 Native to North America, the red wolf once ranged throughout the entire southeastern U.S. from the Atlantic and Gulf Coasts, as far north as southern Ontario and west to southern Missouri and central Texas. However, habitat loss and aggressive government-sponsored extermination programs reduced the red wolf’s range to a sliver of marginal habitat in southeast Texas and southwest Louisiana where hybridization with coyotes threatened extinction for this unique predator.

Following the listing of the red wolf as endangered under the Endangered Species Act (1973), the U.S. Fish and Wildlife Service (USFWS) began an unprecedented effort to locate and capture the last red wolves. After declaring the species officially extinct in the wild in 1980, biologists at the Point Defiance Zoo and Aquarium in Tacoma, Washington began to build a captive population from a foundation group of only 14 animals that met the established criteria to define the species. This pioneer program was a success, and in 1987, a reintroduction program began with the release of red wolves on the Alligator River National Wildlife Refuge in northeastern North Carolina.

By 2010, approximately 130 wild red wolves roamed 1.7 million acres of public and private land in five counties. Then in 2011 and 2012, a sharp uptick in illegal gunshot mortality, plus some unfortunate management decisions by USFWS, caused the population to plummet. Therefore, as of April 2018, fewer than 25 known wild red wolves remain on northeastern North Carolina’s Albemarle Peninsula. However, forty-three captive breeding facilities across the United States house approximately 200 red wolves.

As of April 2018, two critical decisions remain pending. The first is the outcome a lawsuit filed in federal court to compel the USFWS to fulfill its responsibilities to the red wolf under the ESA. The second is the decision by the USFWS regarding the future of the Red Wolf Recovery Program. 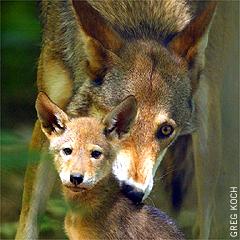 Current Wolf Population, Trend, Status
Number of wolves: Population is estimated at between 25 and 40 in the wild and about 200 in captivity as of 2018.
Population trend: Endangered-Experimental/Non-essential in the five-county recovery region in northeastern North Carolina. Endangered elsewhere if found. Captive population is listed as endangered. 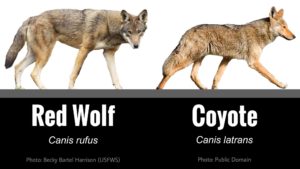 Support is strong for red wolves in the five-county red wolf recovery area in northeastern North Carolina and throughout the state and the nation. However, resistance to any canid predator (wolf or coyote) on the landscape prevails among a few locals who consider red wolves detrimental to deer populations and who do not like federal wildlife recovery programs. The North Carolina Wildlife Resources Commission, the state wildlife agency, has historically opposed the presence of canid predators and has called upon the USFWS to terminate the Red Wolf Recovery Program and to declare the red wolf extinct in the wild. No depredation by red wolves occurs because the area is not a livestock-growing region. 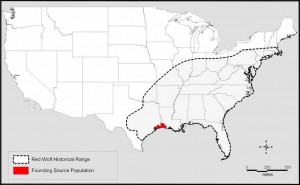 Courtesy of the USFWS

Five major issues threaten the long-term survival of wild red wolves. Because this population is the only one in the world, it is critical that these issues be addressed, something the U.S. Fish and Wildlife Service Red Wolf Recovery Team and the Red Wolf Coalition are actively doing: