Recently, staff have noticed Grizzer engaging in what is known as caching behavior. Caching is when a wolf takes an object (usually food), and buries it under snow, soil, leaves, or other material, for later retrieval. He will cache small chunks of meat, using his nose to bury them in the snow. Now that he is the only wolf in retirement, he can retrieve his caches without having them taken by another wolf.

Grizzer is currently on a diet of 3 pounds of meat a day. We alternate between pork, beef, and other meat, to provide variety in his diet. Staff have been encouraging him to come into the Pack Holding Area vestibule to eat, to help him build a positive association in that space. Previously, that space had been where Luna came in to eat. Having that positive association was important for her on her last day, as she willingly came into the vestibule with minimal stress response.

We have limited numbers of Luna adoption kits left in our online store. Once they have sold out we will not be restocking, so if you would like to purchase an adoption kit in memory of Luna, visit https://shop.wolf.org/Ambassador_Wolf_Adoption_Kits_p/9809p.htm . 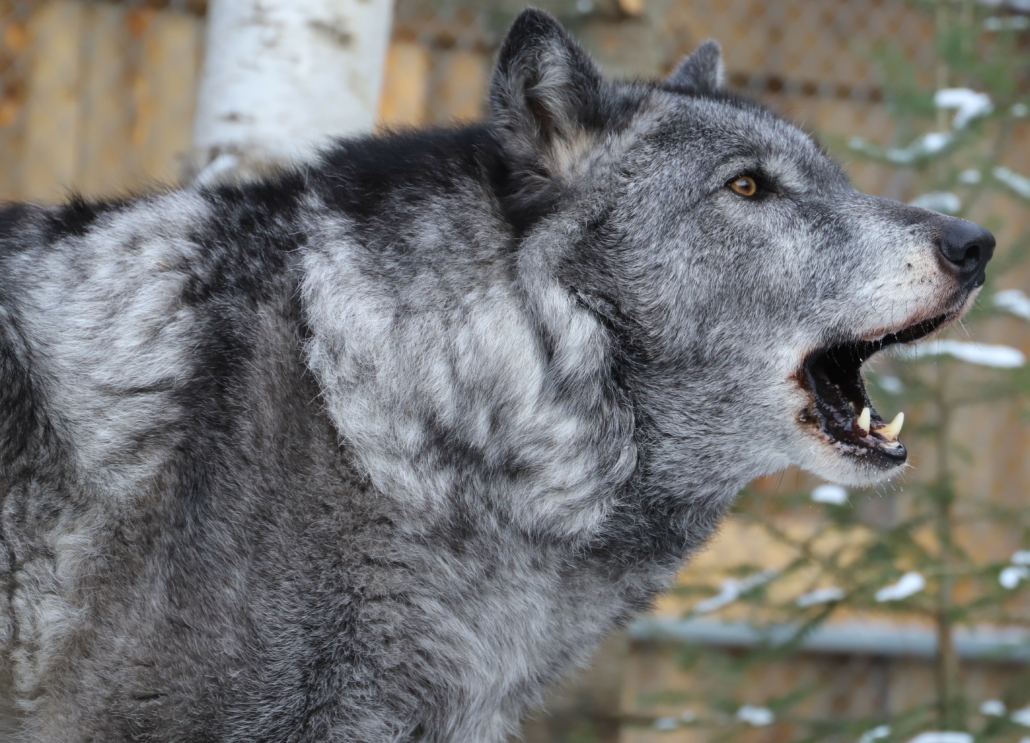