Wolf News
You are here: Home1 / Wolf Logs2 / Boltz – Facing Off the Pair 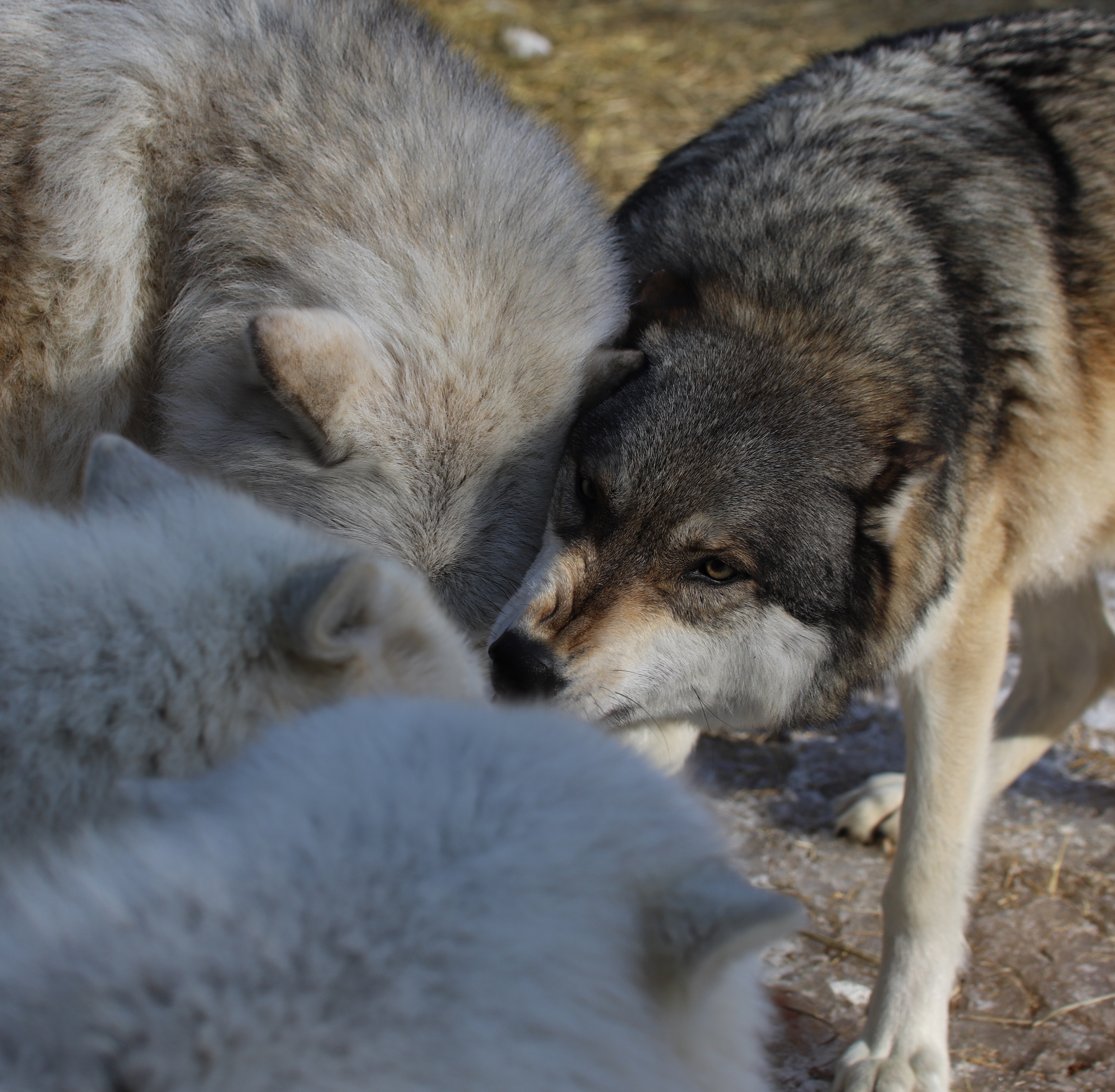 As we have reported before, Boltz seemed to go to the top of the rank earlier this winter, then seemed to be move back down as spring approached.  He has been seeking reassurance from Denali, and is often paying homage to him by parallel gating, rubbing under his chin and rolling submissively to the ground.  The issue he’s having is that Axel and Grayson continue to try to face off with Boltz and that’s not a position that gives him comfort. There is no doubt that Boltz is at a disadvantage by not having a littermate, certainly Axel and Grayson spend a fair amount of time engaged in the same behavior, but Boltz does have Denali.  On most days, Denali is a formidable distraction.  Boltz continues to be a concern for Aidan, even if Boltz is showing no threat display, if he walks by Aidan, Aidan quickly drops his tail and whirls to face him, rarely allowing Boltz behind him.  Of course, all things change when food is involved.  Rank behavior is not the same as food defense. Aidan can easily drive Boltz from food and does so on a frequent basis.  Wolf Care staff wrote the following notes “Boltz was watching staff rake the cover hay beds when Boltz bolted towards Axel, who was attempting to take a cache from the raked beds.  Axel immediately dropped it and Boltz stood guard through the rest of wolf care”.  There are two important points to note in this staff entry.  First and most importantly, Staff need to be diligent about “Situational Awareness” at all times.  Wolf caches are guarded and can be defended with a bite even to the handlers.  Secondly, even though people feel bad about lower ranking wolves, just because a wolf is lower ranking, doesn’t mean it’s entire life is dictated by the other wolves.  Wolves have social rules that allow the omega’s some freedom.  One of those rules includes the concept “if a lower ranking wolf can tug and get a piece of a carcass from a kill, they can carry it off and guard it, even from the most dominant wolf”.  Life is complex in a wolf pack and these rules help the dynamics of all individuals interact.  Remember, they are social carnivores first and foremost.

Grizzer – The Impacts of an Unfortunate Moment