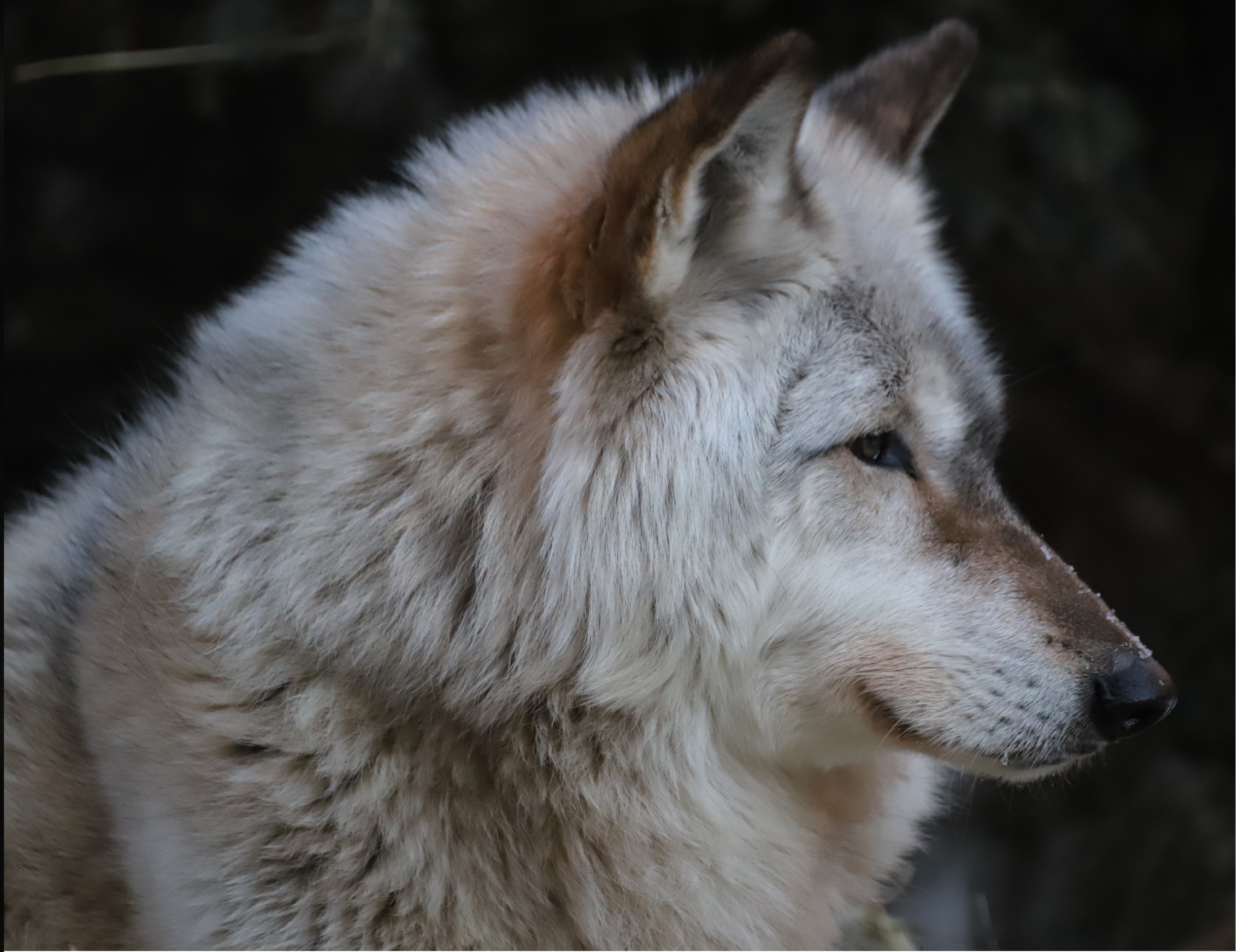 If you have been following our Ambassador Wolf Aidan’s logs, you will see that he has had some auto-immune issues throughout his entire life.  He was diagnosed with Discoid lupus in 2011, had two surgeries to remove mass cell tumors in 2017.  He was deposed as Exhibit Pack leader in 2018 and joined retirement, so we thought some of the stress of being a pack leader may have been reduced, but he had a resurgence of mass cell tumors with an extraction surgery performed on February 5th, 2019.    The assessment of these tumors in 2017 was estimated to be low-grade, with complete tumor extraction.  The prognosis was not as good in February, when complete extraction was not possible as the growth had adhered to the muscle.  Research on these types of growths is limited and in some cases, 3 or 4 removals and the growths stop, in other cases, removal doesn’t impact the outcome.  In Aidan’s case, after the 3rd extraction, the veterinary recommendation is to employ some immune suppressants to slow the growth of these mass cells.  We are waiting for his incision to completely heal before implementing this, as immune suppressants can also alter healing efforts.  There were some notable differences in the 2019 surgery as a retired pack member compared to his immobilization in 2017 when he was a pack leader. As a pack leader, Aidan seemed to resist the drugging and had high anxiety just being separated from the pack to complete the drugging.  This often lead to increased doses and in one case, a failed immobilization.  As a retired wolf, Aidan readily came into the Wolf Care Center at 7 am, was hand injected within 2 minutes, asleep and on his way to the clinic in 15 minutes and calmly recovered with the wolf care staff with no anxiety.  The Retired Pack is less concerned about rank, so Aidan was able to join Luna and Grizzer by 2 pm that afternoon and had a restful evening.  Even though we know exams like these can be done with more ease in retirement, we are also mindful that the older an animal gets, the more risk can occur.  Wolves are not dogs, where a trip to the clinic is as easy as hopping in the car and getting a treat to sit on an exam table.  These exams are done with a heightened level of concern for the wolf’s respiration, heart rate, gastrointestinal response and ability to control body temperature.  A common instruction for a surgical procedure is to hold food after midnight prior to a surgery, as wolf care staff, we diligently look for food caches. but there is never 100% guarantee that they won’t pull something out of a snowbank.   Mass cells are histamine based cells, so they may cause an itching sensation.  This was the most problematic issue for Aidan resulting in constant licking and irritation.  While we are waiting for him to heal for his next medical step, he is taking antihistamines daily to help keep the irritation under control and welcomes wolf care staff daily inspections.