Discover Wolves, a new exhibit at the International Wolf Center, opened in 2019

“As the first visitors explored exhibit, it was thrilling to see the smiles on their face,” said Krista Harrington, the interpretive center manager. “The new exhibit brings a creative spark to an educational adventure in the world of the wolf.”

A stunning photo mural leads visitors down a ramp and into the new exhibit space. The mosaic, which looks from afar like a wolf resting, is made up of thousands of small images. The closer one gets, the less like a wolf the mural looks, as individual images reveal themselves. Once you step back, those individual images fade and the bigger picture of the wolf is again visible.

Just inside the new exhibit hall, a wolf den is built into a rocky cave. Visitors are able to step up to the den and look inside to see video footage of real wolves in a real den.

In another display, the distance covered by a wolf on a given day is highlighted on a map of the northern United States. The distance, 30 miles, is but a small track across the vast north country. That illuminated track grows considerably when visitors press the second button, showing how far a wolf can travel in a month (600 miles). The third and final track shows what 3,000 miles looks like on a map of North America—the distance wolves can travel in a year. The display also notes wolves sometimes travel much farther, up to 8,000 miles a year, if prey is scarce.

Nearby, a simulated airplane gives visitors a chance to see how researchers track wolves from the air. Once a guest takes a seat in the cockpit and pushes a button, the adventure begins. Four screens encircle the guest, making it appear as though he or she is in the cockpit of a small airplane. The plan takes off from an ice-covered lake in Ely with Shannon Barber-Meyer riding in the front seat next to the pilot. Barber-Meyer, a wolf biologist with the United States Geological Survey, explains how she uses radio telemetry to track wolves in the wild. Near the end of the adventure, Barber-Meyer and the visitor successfully find the wild pack.

Historic artifacts aim to show how important wolves were to various cultures over time. Included in the display is a stunning hand-beaded mask in the shape of a wolf’s head. The mask was donated to the Center’s founder, Dr. L. David Mech, who in turn donated it to the Center for display.

As visitors leave the exhibit, they’re encouraged to take a quick 10-question quiz about wolves to see how much they learned from the discovery adventure. 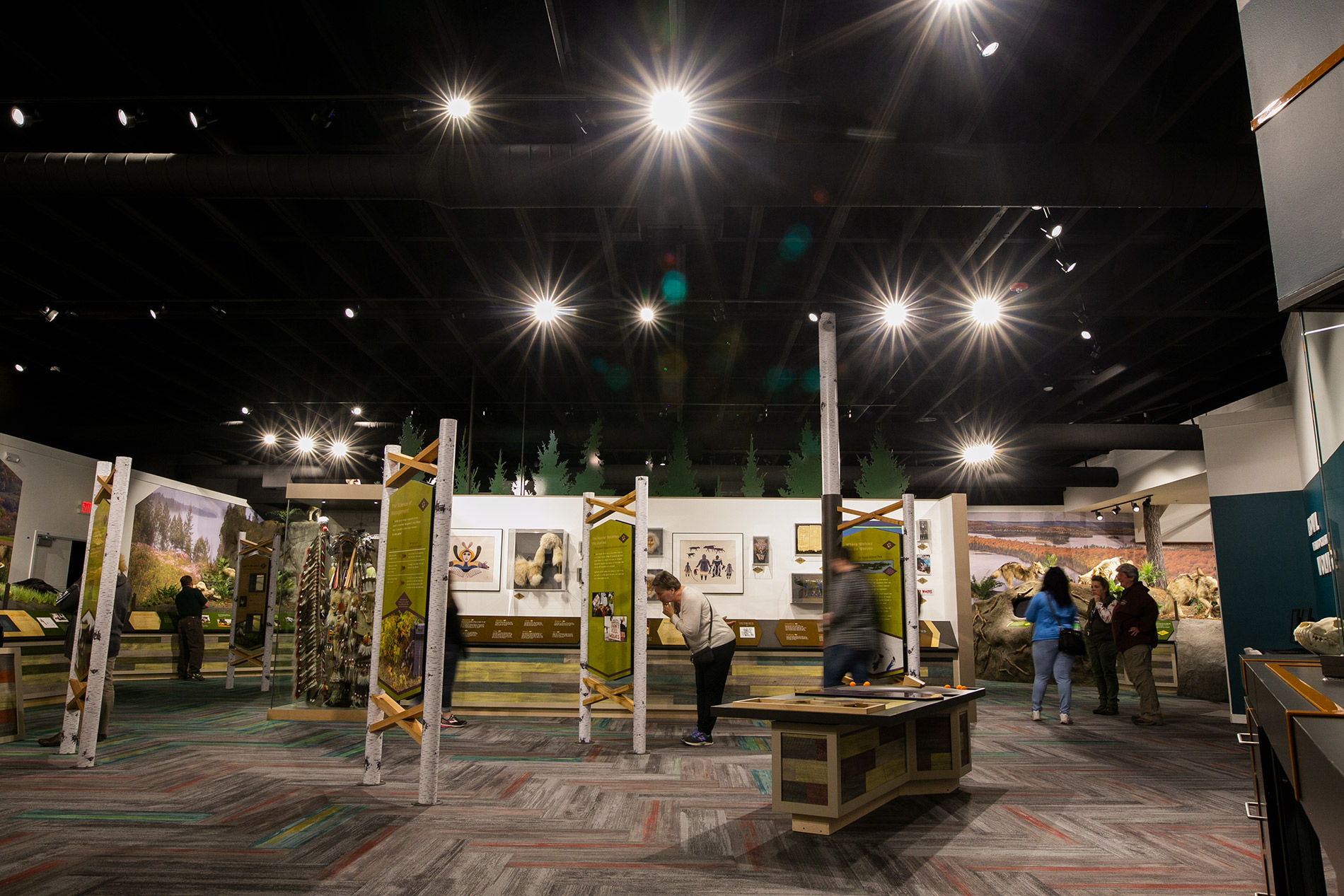 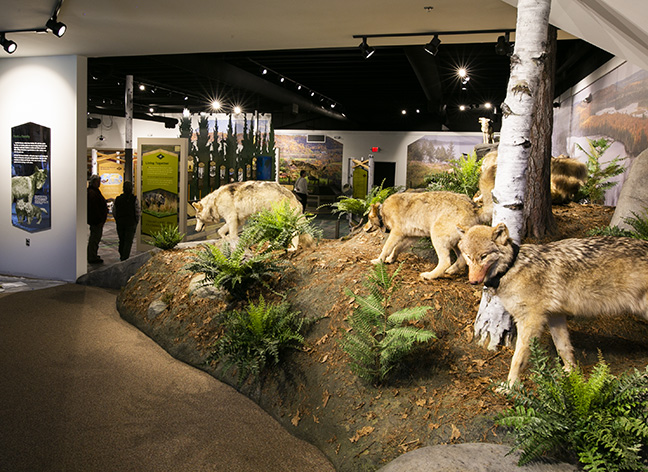 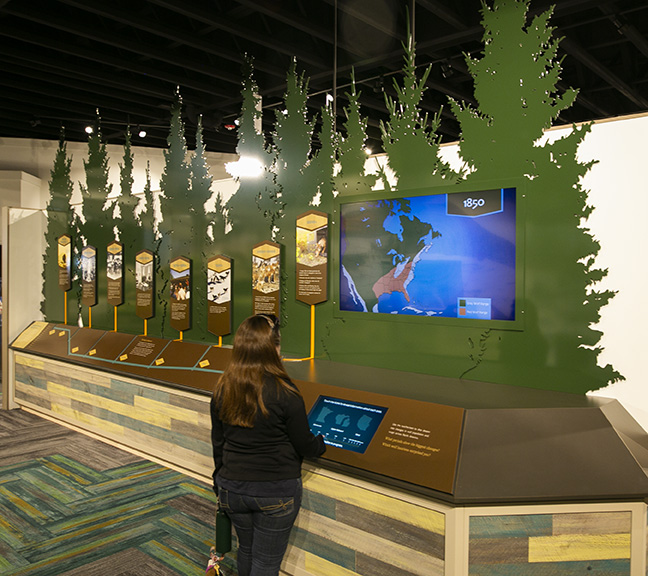