Join us for the launch of the new book Wolf Island: Discovering the Secrets of a Mythic Animal by Dr. L. David Mech with Greg Breining. This event will include remarks by author L. David Mech, followed by a conversation moderated by co-writer Greg Breining, and audience Q&A. International Wolf Center Executive Director Grant Spickelmier will offer introductory remarks, with the audience Q&A moderated by IWC’s Interpretive Center Director, Krista Harrington. 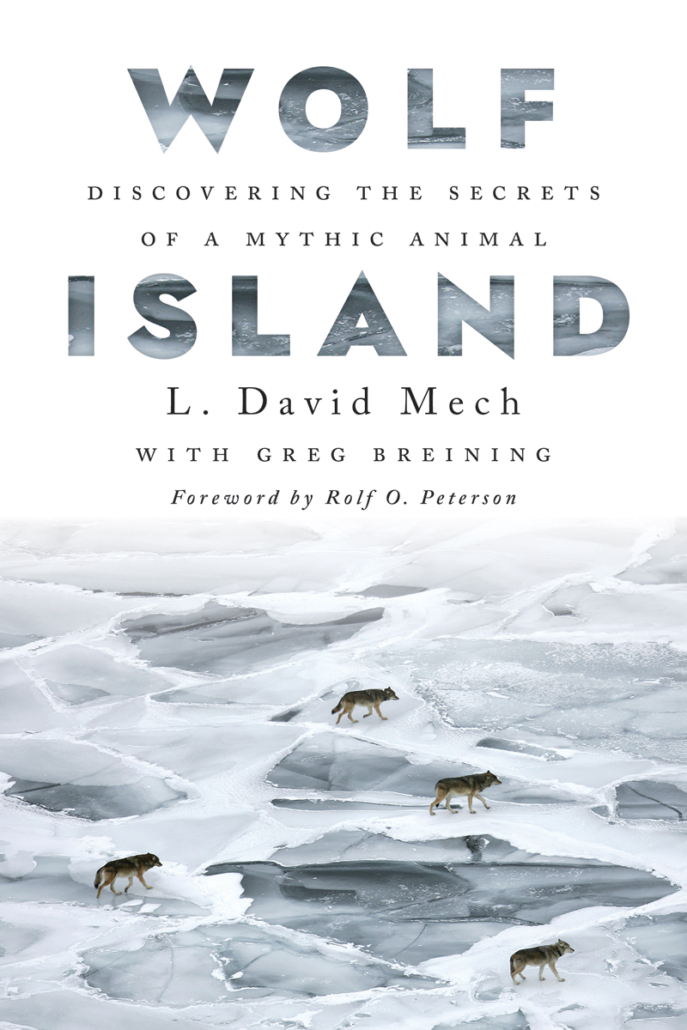 This book launch is made possible in collaboration with the University of Minnesota Press.

In the late 1940s, a few wolves crossed the ice of Lake Superior to the island wilderness of Isle Royale, creating a perfect “laboratory” for a long-term study of predators and prey. As the wolves hunted and killed the island’s moose, a young graduate student named Dave Mech began research that would unlock the mystery of one of nature’s most revered (and reviled) animals—and eventually became an internationally renowned and respected wolf expert. This is the story of those early years.

Wolf Island recounts three extraordinary summers and winters Mech spent on the isolated outpost of Isle Royale National Park, tracking and observing wolves and moose on foot and by airplane—and upending the common misperception of wolves as wanton killers of insatiable appetite. Mech sets the scene with one of his most thrilling encounters: witnessing an aerial view of a spectacular hunt, then venturing by snowshoe (against the pilot’s warning) to examine the carcass in the face of fifteen hungry wolves. Wolf Island owes as much to the spirit of adventure as to the impetus of scientific curiosity. Written with science and outdoor writer Greg Breining, who recorded hours of interviews with Mech and had access to his journals and field notes from those years, the book captures the immediacy of scientific fieldwork in all its triumphs and frustrations. It takes us back to the beginning of a classic environmental study that continues today, spanning over sixty years—research and experiences that would transform one of the most despised creatures on Earth into an icon of wilderness and ecological health.

About the International Wolf Center:

About the University of Minnesota Press:

The University of Minnesota Press is recognized internationally for its innovative, boundary-breaking editorial program in the humanities and social sciences and as publisher of the Minnesota Multiphasic Personality Inventory (MMPI), the most widely used objective tests of personality in the world. Minnesota also maintains as part of its mission a strong commitment to publishing books on the people, history, and natural environment of Minnesota and the Upper Midwest. Established in 1925, Minnesota is among the founding members of the Association of University Presses (AUP). For more information, visit https://www.upress.umn.edu.